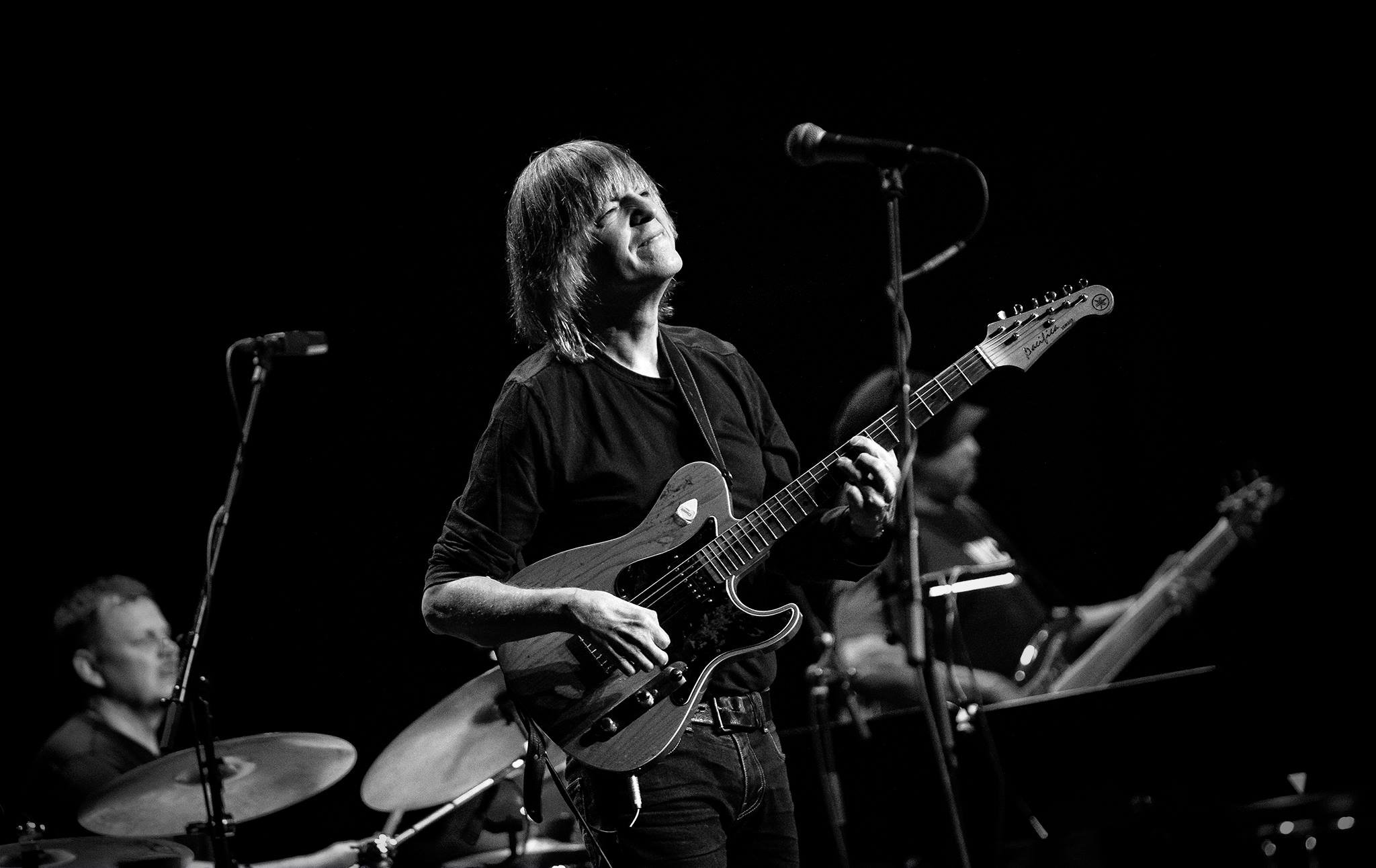 I touched on how to connect scale patterns briefly at the end of this post a while back, so I thought it would be a good idea to expand on it here as it’s an excellent way to join up scale patterns and boxes.

A lot of guitarists are like horses when it comes to seeing the fretboard. They tend to play vertically in boxes within the space of 5 or so frets while the other 17 frets gather dust, so much so that your average pawn shop guitar will usually come complete with a worn-away fretboard between the 5th and 8th frets, and the 12th and 17th frets. So, what can you do to remove the blinkers and venture up the dusty end of the fretboard with confidence?

This is how a lot of guitarists see the fretboard, and it’s usually a result of the appalling CAGED system or the excessive use of the ‘Eric Clapton’ pentatonic box, particularly in A minor. Instead of the horse view of the fretboard, what you really want is the Union Jack view as show below.

You should be able to go all over the shop in any direction your inspiration takes you instead of boring the (horse) shit out of you audience by only running vertically up and down the fretboard.

The Keys to the Lamborghini
If you watch players like Eddie Van Halen, Joe Satriani, Steve Vai, and especially Mike Stern, you’ll notice that their playing is far more horizontal than vertical, freeing them from the horse box. Mike Stern even demonstrates a technique for how to connect scale patterns in this video, check it out:

Playing up and down one string like this may seem a little retarded at first but you’ll soon be reaping the benefits, just unplug your guitar when you do it, or make sure no one’s around.

Let’s take a more in-depth look at what Mike demonstrates in the video.

If you’ve learned (or are in the process of learning) your scale shapes by using the CAGED or 3NPS systems, then you may be feeling a little trapped in those box shapes. The problem with these shapes is that there’s an over-emphasis on vertical movement. When soloing on guitar we ideally want to able to move not only vertically, but horizontally and diagonally in order to freely roam around the fretboard.

As Mike mentions in the video, Mick Goodrick talks about this in his book, ‘The Advancing Guitarist’, which you can pick up on Amazon. It deals with the concept of playing up and down one string i.e. playing horizontally. Although you probably wouldn’t play an entire solo on one string, the mental benefits of this exercise are extremely powerful as what you’re really doing is joining up the patterns by creating mental pathways between them.

Try improvising on the B string in the key of C Major. Use the diagram to help you.

You’ll be amazed at how much you can actually get out of soloing on one string. Be sure to incorporate hammer-ons, pull-offs, slides and bends as Mike does.

Now try the same on the E string.

Now combine the adjacent strings and see what you can come up with.

Let’s move on to the G string.

You can now combine the G string with the adjacent B string or even the top E string to practice skipping strings. As you can see there’s a lot of scope for playing on one or two adjacent strings as well as opening up the fretboard horizontally.

Use hammer-ons, pull-offs, slides and bends.

Try incorporating this exercise into your practice routine and you should see some interesting results in matter of days, and check out our free eBook, ‘Horizontal Soloing System‘. 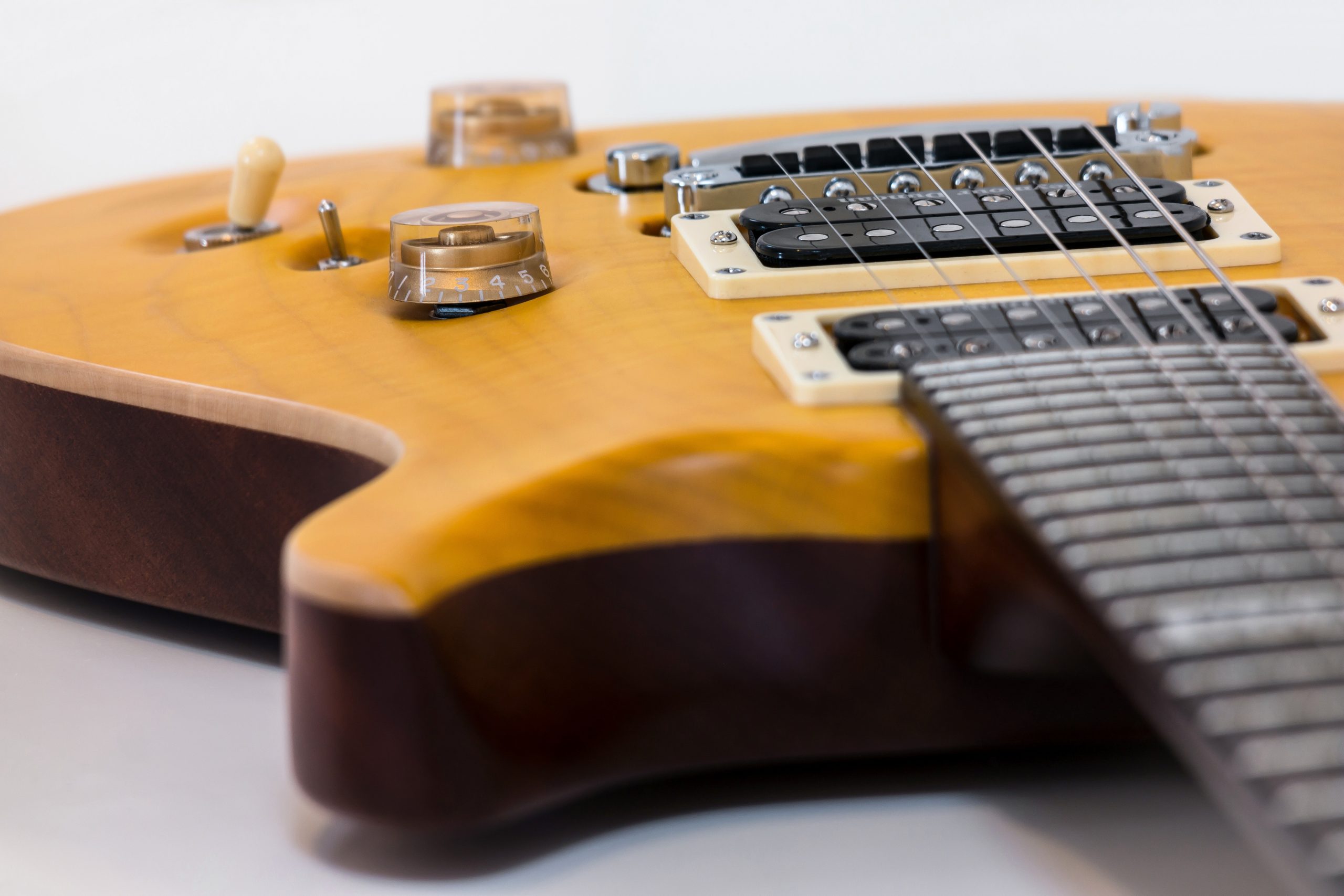 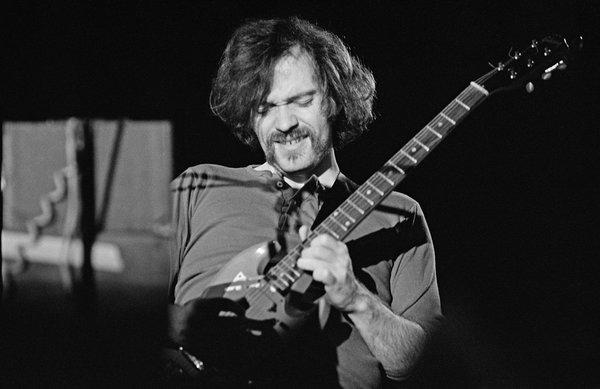