The Key to Breaking Out of Scale Boxes 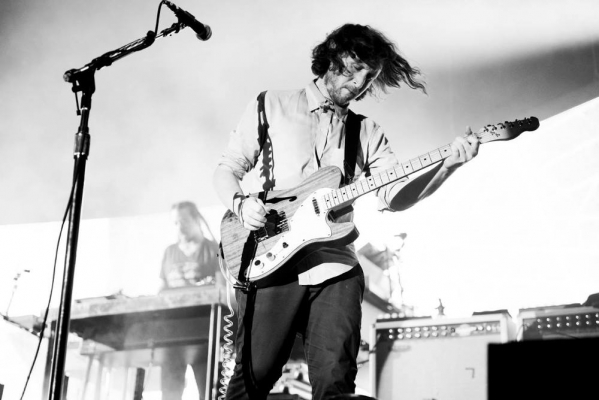 You’ll find a lot of stuff on the internet about breaking out of scale boxes; some players suggest learning the modes (more boxes?) or throwing other intervals into the mix (still a box), playing horizontally up and down one string (not practical), and even learning arpeggios (yet more patterns). These approaches are all well and good, but don’t really get to the crux of why it’s so hard for guitarists to break away from those incredibly comfortable box positions, especially those of the minor pentatonic variety. Let me just say that there’s nothing wrong with playing in boxes; many guitarists have made lifelong careers out of it, and it might just be that you’re not melodic enough, and you need a more melodic approach to scales such as this one. If that doesn’t do it for you, you might want to consider the following…

IN ORDER TO BREAK OUT OF SCALE BOXES, YOU NEED TO STOP THINKING IN SCALE BOXES.

Think about that for a second. What’s more, if you feel the need to break out of scale patterns and boxes, it most likely means that you’re ready to take your playing to the next level and see all the possibilities on the fretboard, rather than a few box patterns – some more discernible than others.


How do you stop thinking in scale boxes?
Good question. Up until this point, you may have reduced everything you know on the guitar to a pattern, which is somewhat like painting by numbers. What we need to do is wipe the slate clean and come up with a different approach that a) doesn’t involve boxes, and b) serves as a mental workout for us to find the notes we want without relying on a pattern to get there.

Let’s see what we can do with the A Minor Pentatonic scale to replace those boxes with some other way of finding the notes. The first thing we need to do is make sure we know where all the A notes are on the fretboard. Here’s a diagram to help you:

The next step is to play the root, the minor third and the minor seven on the same string all over the fretboard as follows:

As you can see, this is just enough of the scale to be dangerous but not enough to fall back into pattern playing. There are two things you can do here: 1) come up with a riff or lick and play it on every string, and 2) try moving around the fretboard using only the intervals above – the idea here being to force yourself into different parts of the fretboard without using a pattern or ending up in another box. Play around with this for a good while until you know what intervals you’re playing. Part of not thinking in boxes is stopping relying on boxes to find notes; here we’re locating notes by their interval name or distance in frets from the root. Once you’re ready to move on, add in the remaining two notes from the scale; practice finding them first using the following diagram:

The four and the five from a minor pentatonic scale are the ‘weakest’ notes, and once you know where they are, you’ll be itching to combine them with the other intervals. The key here is to keep on choosing what to play rather than reverting to boxes; in any case, you should see the huge difference in your perception of the scale.

There are in fact two favorable outcomes from this exercise; the first is that even if you drift back into boxes, you’ll have a much better idea of what you’re playing rather than having the scale box dictate it to you, the second is that you’ve hopefully opened your mind’s eye view of the fretboard to possibilities other than a box shape.

This works with pretty much any scale, so feel free to try it out with any other patterns you feel trapped in.