How to Get Past the Intermediate Plateau on Guitar 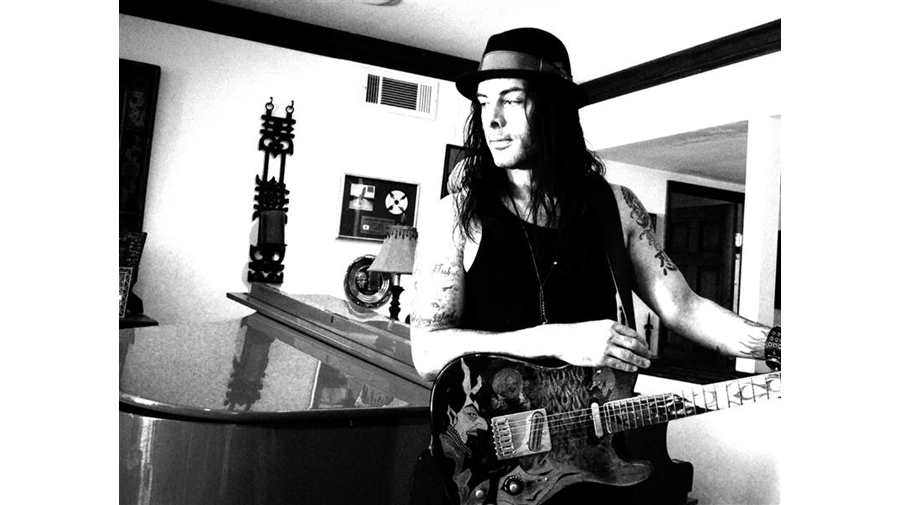 A lot of guitarists get stuck on the intermediate plateau, some for years, some even give up playing at this point, which is a shame. You’ll actually go through various plateaus as you get better on guitar, but the intermediate one seems to swallow up a lot of players. The intermediate plateau shouldn’t be seen as a depressing hole you’ve fallen into, but as an opportunity to change the way you practice and/or play, re-establish your goals, and widen your perspective. The truth is that you’re (probably) way too comfortable—four-poster king-size bed comfortable—and it’s going to take one hell of a shove to pull you out your 5-star comfort zone.

This is the downside of getting ‘good’; you get comfortable. You’re the best guitarist within a 10-mile radius, and no one can take your crown, but the voice in the back of your mind is telling you that you need to take it to the next level. What do you do?

1. Stop Practicing (in the conventional sense).
In my humble opinion, for any kind of practicing on guitar to be effective, it needs to have a purpose. Before you got to the intermediate plateau, the purpose of your practice time was to… get to the intermediate plateau! Now that you’re there, practicing the same things is pretty much redundant. I don’t know what it is but something changes after the intermediate plateau. It becomes harder to absorb new stuff unless it has a purpose, I mean, your learning-stuff-for-the-sake-of-it days are over. Plus, you’re already seeing diminishing returns on the any new stuff you might be learning. You may be learning the wholetone or the diminished scale but unless you have a specific use in mind for this stuff, it kind of becomes forced; this was what I found at least.

What to Do
I love Victor Wooten’s take on practicing, which we looked at in this article. He basically turns the concept of practicing on its head, and gives you a brand new perspective to work with.

There are also two things you REALLY need to do to advance on guitar, or at least get past the intermediate plateau:

a) Write Songs. Don’t dismiss this as the rhythm guitarist or singer’s job. Start writing songs if you don’t already, and you’ll soon discover how much you do know, and where you need to go with your playing. Another reason players are stuck on the intermediate plateau is that they haven’t defined their own style yet. There’s no better way to discover it that by writing songs. You may want to check out some great guitarists that are also great songwriters, and singers, such as John Mayer and Richie Kotzen, among others, to get some ideas.

b) Write Riffs. If you’re not into writing songs, or claim you can’t, then you should be writing a couple of riffs a day, if not more. This will force you to not only use what you already know, but make you explore other sounds in order to come up with more complex riffs. Who knows? It may even lead to a song or two…

2. You Know What to Do
It’s ironic but most guitarists already know why they’re stuck on the intermediate plateau, and what they need to do to get off it. Whatever you suspect you need to do is probably the thing you need to do. If you have a feeling you don’t know enough theory, then you need to learn some theory (just not the awful CAGED system). You know deep down…

3. Suck it Up…
Another option (if you’re not an ego-maniac) is to suck it up and play with people who are better than you. This gives you perspective like a slap in the face—there’s no quicker way to realize what you need to do than by being temporarily blown away by someone who’s a little more advanced than you.

4. Get a Teacher
Getting a teacher, even if it’s only for a couple of lessons, is a little less demoralizing than #3 but amounts to the same thing. You don’t want to enroll in a program or course, you just want to spend a few hours with a teacher who can assess your playing, and more importantly, give you the perspective you’ll never be able to see for yourself. A good teacher will also point out strengths you may not be aware of, and you’ll want to develop those.

5. Get a Mentor
Taking the teacher thing one step further you could get a mentor. In your town or city there are probably some well-known local legends who probably don’t give classes but have a ton of experience and insight to share. Just make sure they’re a) humble and b) approachable; go to their gigs, get to know them (if they’re assholes then don’t bother), then ask them if they’d be willing to sit down with you, or go for a beer and talk about guitars and stuff.

‘It’s important to realize something. Everybody I guess wants to step out from what they are and be something bigger than what they are. I think you have to realize that all that other stuff is a byproduct to the work. If you think like “I want to become famous, I’ll learn the guitar”, it’s not gonna work. People become recognized because of their actions and what they do. People are talking to me because they’ve heard my music and they like my music, not because of anything else. You do the work, you learn the instrument, you play. Some of them like it, some of them don’t but you cannot control that and when you are trying to control that you set yourself up for a lot of heartbreak because it’s a big world, there is a lot of people out there who make music and you got to do it for loving it. You play music because you have to, it’s the only thing that you really know. I don’t know how to do anything else, that’s what I do. If I wasn’t playing here, I’d be playing in my bedroom. I’d be sitting there with my guitar playing because I like it, I enjoy it. So my advice is don’t worry about what I’m doing or don’t worry about what your neighbor is doing, make sure you’re happy. You like playing music, go play. You like being in a band, form a band. You like playing your own music, go write some songs. You want to play in front of others, book a gig. You want to hear your music through the speakers, go to a studio and record it. Be proactive! Do that stuff but by no means don’t expect everybody to love your work but if you connect to someone that’s a byproduct, that’s the bonus. But the objective is to make yourself happy and play music.’

Above all, just keep playing and enjoying it. You should also know that when you do get past the intermediate plateau, you’re well on your way to becoming an expert!