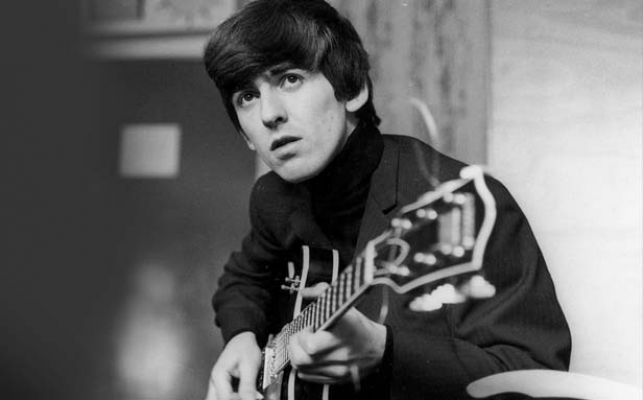 One of the hardest things to pull off when you go to improvise (in my opinion) is… The solo that takes the song somewhere.

There really aren’t that many guitarists, especially in the last decade or so, who have consistently mastered this heavily neglected aspect of guitar soloing. A solo that takes the song somewhere is akin to a beautifully crafted piece of music within the song (be it composed or improvised), leaving aside ego and chops and laying down something that takes the tune itself to a whole new level.

Past masters of this include Jimi Hendrix, Eric Clapton, Jeff Beck, Jimmy Page, John Scofield, George Harrison and many more that are too numerous to mention, but it seems to have become somewhat of a lost art nowadays. You can always hear the influence of these players in practically anyone’s playing, in the form of licks and runs, but what a lot of players don’t take on board is the idea of taking the song somewhere when you step up to take a solo instead of rehashing classic licks or tipping your hat to your influences. Don’t get me wrong, I’m not knocking modern playing and you could argue that the aforementioned guitar gods were just tipping their hat to their own musical icons, but it can’t be denied that they took things to a whole new level.

I really had to scratch my head to think of contemporary players that are doing the same. A few candidates that spring to mind, however, are John Mayer, Tom Morello, Matthew Bellamy, Joe Bonamassa and of course, John Frusciante. I’m probably leaving out a fair few others but these things tend to get a little subjective, certainly as far as mainstream players go.

The main ingredients
I’ve been doing some research on this kind of solo lately and here’s my take on what it takes:

Shift your focus – This is probably the biggest stumbling block to overcome as you really need to think in terms of what the song requires or what would complement the song; almost as if you were writing a bridge part or a complementary, alternative (or even counterpoint) melody as oppose to chops, licks and all manner of technical showmanship.

Put your ego away – To look at it from another perspective, what you’re aiming for here is the complete opposite of an ego-drenched self-indulgent Malmsteen-esque type fretboard excursion where the song almost becomes secondary to the solo.

Put your guitar away – This may sound strange but the (few) times I’ve managed to come up with solos of this kind or at least the main idea for one has been after I’ve stopped noodling and put the guitar down. Spend time with the song but away from your guitar and you’ll soon come up with some good ideas.

Know the melody – Your solo doesn’t have to be based on the melody of the song though it’s critical to have that melody ingrained in your head to help get the creative juices flowing; the idea being to get intimate with the song and not just use it as a spring board to widdle over.

Why is it so hard?
I blame the 80s… Well just a little 😉 Gratuitous guitar playing became the order of the day, technique came to the forefront and taste went out the window. It had to come full circle and it did so in the 90s with the resurgence of punk disguised as grunge and mainstream abandonment of technique for the sake of it. I think we’ve found a balance over the last 10 years or so with some really tasteful yet not too technically focused players starting to get heard.

Capturing the moment
To a certain extent this kind of solo enters into the realms of composition and many of the aforementioned players probably sat down and ‘composed’ a great majority of their famous solos, but when you go to improvise, the onus is on you to take the song somewhere whether you’re playing live or in the studio recording (especially if someone’s paying you).