9 Guitar Tips to Really Make a Difference to Your Playing 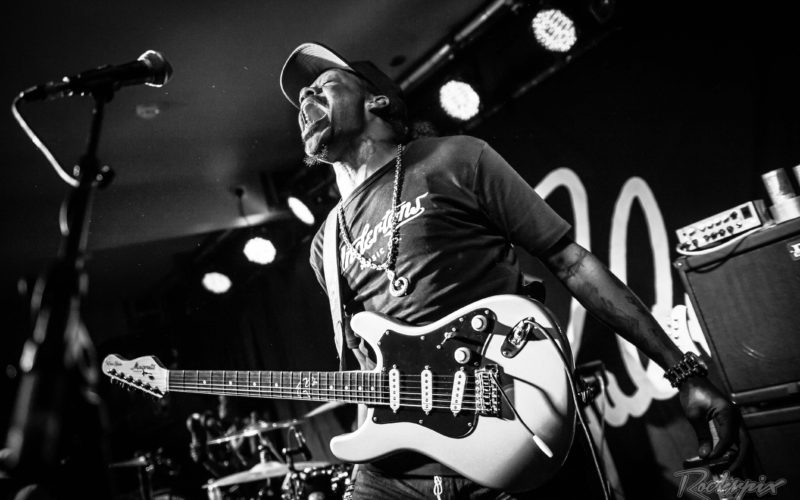 Here are a few things that I feel really separate great players from good ones:

1. Good Vibrato
Guitar playing is not just about hitting the right notes but what you do with them afterwards. Good vibrato does wonders for your sound and gives it a more polished and above all professional touch. It’s one of those personal techniques but you can basically go up and down (Clapton style) or side to side (classical style) or a bit of both (Vai style) or that thing that BB King does…

2. Good String Bending
There are plenty of videos on YouTube about how to bend strings but a lot of them seem to miss the point and leave out the critical elements of string bending:

3. Chord Knowledge and Chord Work
Guitarists in general seem to shy away from learning more than enough chords to get by which is a shame as it’s one of the most interesting aspects of guitar playing and does actually help your sense of melody when playing lead as you’re subconsciously drawn to the chord tones. Try picturing an E7#9 chord while playing an E minor pentatonic shape where the chord is and you’ll soon be coming up with some more interesting lines.

Chords are easier to learn if you ‘invent’ them yourself or can somehow trick your mind into thinking that you came up with them. One way to do that is to add in diatonic notes to standard chords. Take an open C chord for example and add in the diatonic notes (the notes of C major) around it to get some nice variations. You can find out the names later on, just know that instead of a bog-standard C major chord you can throw in a few nice variations to keep it interesting.

4. Knowing When Not to Play
As a guitarist it’s tempting to overplay but take a moment to listen to the musicians you play with, try to feel what they’re playing and see what you can bring to the table i.e. make a contribution instead of just wailing away and expecting them to accompany you.

This also applies when soloing. Think of it as a conversation you’re having with the audience, in other words, leave some spaces for them to process what you’re putting out there.

5. Breathing and Relaxation in General
To play to your fullest potential you need to be relaxed. One way to control your stress levels is to pay attention to your breathing. A lot of players start to breathe really hard or really heavily when they’re playing as a kind of stress-control mechanism. Instead, breathe gently through your nose pulling your diaphragm in when exhaling and pushing it out when inhaling. This will be especially helpful if you sing too.

6. Taking Risks
Mark Twain said, ‘Do the thing you fear most, and the death of fear is certain’. This is great life advice and it also applies to guitar playing. For me it was singing and playing. I took the fear on and there I was a few months later belting out Black Dog to a plaza full of people.

7. Phrasing and Lines
This is one of my major rants but it’s probably worth repeating:

If you know the scale shape, practice things you might actually play live such as licks, riffs, runs, lines and phrasing in general. Don’t waste your time running up and down scale patterns unless you’re doing a technical exercise. Once you know where the notes are it’s up to you to juggle them around and make music with them; anything else is a scale drill. Don’t fall into the trap of believing that drilling scales will somehow improve your phrasing or lines.

8. Confidence
How confident you feel when playing can be one of the biggest contributing factors as to whether the performance was good, bad or amazing and can even push you to pull off things you never thought you could do. Confidence is best worked on in your daily life; the more confident you are as a person, the more this will transmit itself through the guitar.

9. Ear Training
In terms of getting your fingers where you want them to go to produce the sound you hear in your head, there is no better exercise than ear training. In fact, ear training is the skill you should probably spend the most time on as it will improve your playing faster than any other exercise as you’re strengthening the link between your fingers and your ears. Most great players’ solos are driven not by their knowledge of scales but by having a good enough ear to be able to locate the sound that they wanted to hear.