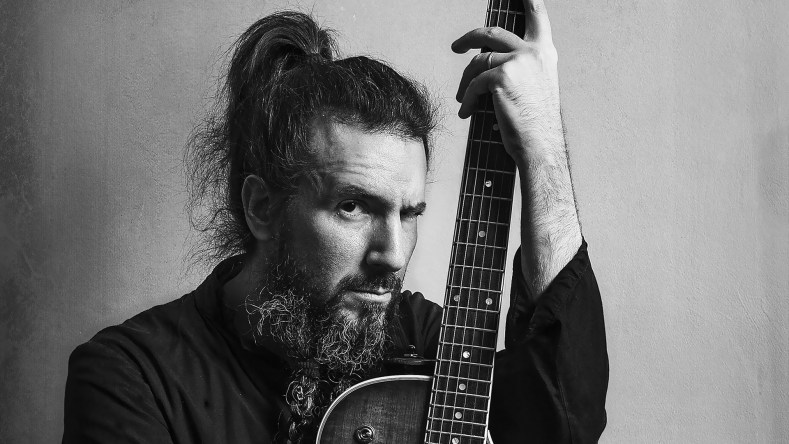 Music theory is still somewhat of a mystery for a lot of guitarists, but most have that nagging feeling that at some point they should learn some. Unfortunately, this is usually when they get stuck in a rut and choosing to dive into the world of music theory when you’ve reached the height of frustration is probably not a good idea. There’s so much stuff on the internet about learning music theory, but most of it is drivel, which is why I thought it’d be a good idea to give you some pointers about how not to go about it, as this is will probably be infinitely more helpful than wading through a ton of crap and being none the wiser.

The Old Piano Speech
Almost every guitar teacher I’ve had seems to come out with what I call, ‘the old piano speech’. I’ll include lessons with Guthrie Govan, Dave Kilminster, Eric Roche, Pete Callard, Jamie Humphries here because, no exceptions, when they start talking about music theory, they relate everything to the piano, and the linear nature of it. You may also have felt the dormitory effect when a guitar teacher (no matter how famous) starts talking to a bunch of guitarists about piano… So why do they do it?

It took me a while to work this out, but I believe it’s because it’s far easier to visualize music theory concepts on a piano than on a guitar.

How does this help you understand music theory on guitar? It doesn’t, and that’s the point. The piano is merely an intermediary device through which to understand music theory concepts because they are universal. What’s not universal are things like the CAGED system and the 3NPS system, and any and all guitar-related systems (things that are unique to the guitar).

Tip #1: Trying to apply the concepts of music theory through things like the CAGED system is the first way not to learn music theory.

The Uselessness of Patterns
Guitarists spend an unhealthy amount of time learning patterns, or ‘painting by numbers’ as I like to call it. Patterns will do wonders for your technical ability, but little for your understanding of music theory. Why? Let’s compare knowing a pattern for an A Minor scale to knowing the notes and intervals of an A Minor scale. The pattern is completely useless on any other instrument that isn’t a guitar (or bass), while the other is a universal concept that can be applied to pretty much any instrument provided you can find the notes. What basically happens with patterns is that muscle memory will always get there first, and the leave the brain behind; hence, you won’t understand what you’re playing.

Tip #2: Any pattern or piece of information that is exclusive to the guitar will not help you learn music theory unless you slow it down and call out the notes/intervals you’re playing.

Analyze What You Already Know
When a lot of guitarists start learning music theory, they overlook a useful resource of information they could use for analysis: stuff you already know. If you learned something from a tab and can play it pretty much flawlessly, it’s time to analyze it and see what’s going on in terms of chords, key signatures, scales and whatnot.

Tip #3: Analyze what you already know by setting out to answer the question: why does this work?

At this point you might want to get a (decent) guitar teacher to explain this stuff to you. Everything will go way over your head at first, but the more you do it the more you’ll start to see information patterns and music theory concepts.

If You Can’t Hear It, You Can’t Name It
A bass player friend of mine once said to me, ‘Music theory is just naming stuff you can already hear’, which blew me away at the time. This is especially good advice if you come from the ‘playing by ear’ school of thought as merely naming the stuff you can hear adds a whole new dimension to things. If I asked you to play a Perfect Cadence, you might not know what to do even though you’ve been playing perfect cadences since you learned your first 3-chord song. A perfect cadence is simply the V chord going back to the I chord. If your progression is C | F | G it’s the G going back to the C; you knew it all along!

Breakthroughs: Key Signatures
One of the things that made the light-bulbs come on in my head was key signatures. When I started to look at key signatures, I could see how everything related as well as having everything put into a wider context. If you’re strumming a C chord and wondering what your options are, key signatures will fill in the gaps. You’ll discover a bunch of chords that work well with C major (the diatonic chords in the key), and that C major also features in two other keys: F Major and G Major. The possibilities begin to open up before you, and you’ll start to join the dots.

The Old Major Scale Speech
This is another favorite of the aforementioned guitarists when explaining music theory, and another one that took me a while to get. You may also have heard things like, ‘the major scale is the most important scale of all’, if you’ve ever been taught guitar. The problem here is that the you go off and practice the major scale to death but can find little or no practical use for it. I stress the word practical here because the major scale is far more useful as a theoretical concept than a practical one because it’s the default scale, the neutral scale, the vanilla scale; this makes it the mother of all scales, and it’s always useful to study the source.

Tip #6: Study the major scale as a theoretical concept, not a practical one.

Mind the Gap
The knowledge gap, that is. Just to tie it all together make sure you’re not creating a knowledge gap when learning scales, chords, arpeggios and whatnot. What I mean by this is analyze what you’re doing, the notes you’re playing and so forth BEFORE you get to the point where you’re mindlessly blowing up and down patterns. If this happens, then you’ve created a knowledge gap that needs to be filled if your desire is to understand what you’re playing and learn some music theory.