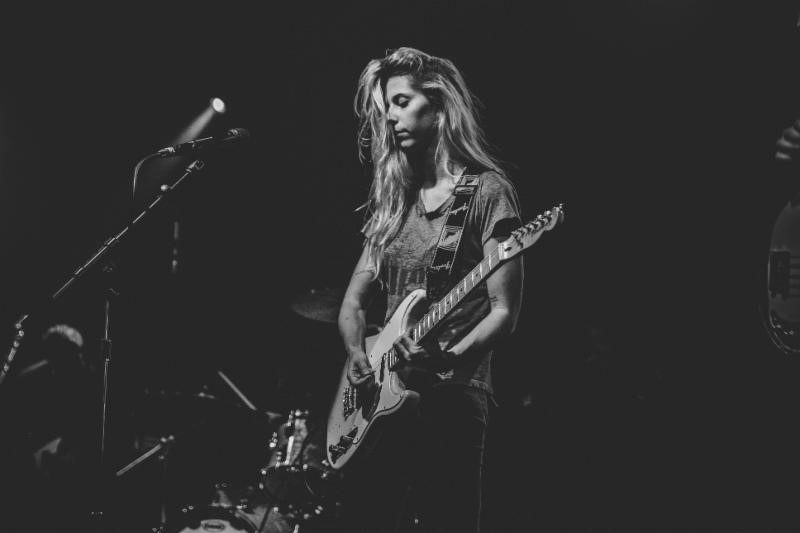 I think it’s a good idea to simplify picking in the beginning as you’re just getting your coordination together, as well as getting used to holding the pick itself. You may have seen or heard about a lot of picking techniques such as alternate picking, speed picking, economy picking, sweep-picking and so on, but which ones are useful in the beginning? What you don’t want in the beginning is to be thinking too hard about what your picking hand is doing. You just want to feed it some instructions, which with plenty of practice, it will eventually adhere to. So, I’ve come up with a few simple rules to help get your picking hand going.

Even Numbers
The number of notes per string is a good determining factor for which picking technique to use, especially in the beginning. If you have an even number of notes on a string, i.e. 2 or 4, then use alternate picking. Alternate picking is strictly up, down, up, down, up, down or vice versa. I imagine you’ve already ventured into the world of pentatonic scales whose patterns generally contain two notes on every string; this makes them a perfect candidate for alternate picking as we’re dealing with even numbers of notes. Here’s how you would pick box 1 of the minor pentatonic scale:

Follow the pattern from the root on the low E string and maintain the strict down, up, down, up as shown by the arrows. It’s important that you start on a downstroke because you’ll notice that when you go to change strings, the pick has just come from an upstroke, and is ‘in the air’ above the strings, making it easier to jump to the next string. If you do this the other way around, i.e. starting on an upstroke, you’ll find that the pick tends to get caught up in the strings more.

When you come back down the pattern, start it on a downstroke again as follows:

We do this for the exact same reason: to free the pick from the strings when you change to the next one. Practice these patterns as slowly as you need to without making mistakes. When you’ve gotten the technique down, bring in the metronome to make sure you’re playing it in time too. This picking pattern will work for all the other boxes of the minor pentatonic, or any scale with two or four notes per string for that matter.

Odd Numbers
When dealing with odd numbers of notes on a string, usually 3, you could continue with alternate picking but I think it’s a good opportunity to start developing Economy Picking; with alternate picking you will have to learn to pick inside two strings, and come round and outside the string which is tricky in the beginning. The odd number of notes is what causes this, but it can be remedied with economy picking.

Start on a downstroke at the first fret of the E string, and simply remember to change strings on a downstroke. Take it real slow at first to get this down; speed will come naturally. When you come back down the pattern, simply reverse it and start on an upstroke as follows:

Make sure each note rings out clearly and doesn’t slur into the others.

What about the CAGED Patterns?
You can probably see now that the problem with the CAGED patterns is that they contain both odd and even numbers of notes in the same pattern, making them cumbersome for beginners as you have to learn to pick inside and outside two adjacent strings.

If you’re a little bemused by the CAGED system, or have been playing for a year or so and want to start building your knowledge of chords, scales, arpeggios and even modes, check out Hacking the CAGED System – Book 1.