How to Write a Great Guitar Riff 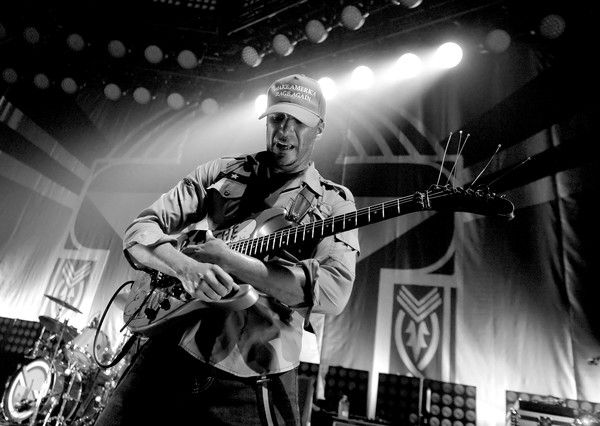 I’ve been studying great guitar riffs lately and while it may seem that all the great guitar riffs have already been written, there may a scientific approach you can use to heighten your chances of going down in rock history. Don’t worry, this won’t be one of those highly-subjective who’s the greatest guitarist posts; that’s what the YouTube comments section is for… Instead we’re going to look at the common denominators of great guitar riffs and see how we can use them to come up with our own. For reference purposes only I’ll be using Radio 2’s recent Greatest Guitar Riffs poll, which virtually guarantees us that some thought went into it.

Do I have to be a great guitarist?

In short, no. Great guitar riffs are not necessarily written by great guitarists. If you scan down our list you’ll see the likes of Kurt Cobain, Marc Bolan, the guy from the Arctic Monkeys, Jack White, Dave Davies, Francis Rossi and so on in the top 20. There’s no doubt they are (were in some cases) fantastic talents but not jaw-droppingly great guitarists, no disrespect intended. This should reassure you that you don’t need to be a virtuoso to write a catchy guitar riff; in fact, you’ll see very few virtuoso guitarists in the list—the only notable one being Eddie Van Halen.

Great guitar riffs don’t have to be complicated, or technically difficult to play; you have to go quite a way down the list to find something really challenging, while in the top 10 the only ones that might cause you problems are Sweet Child O’ Mine and Money for Nothing but they’re not unreachable for any intermediate player.

Great Guitar Riffs are written for the People

Sounds a bit cheesy but what will make your guitar riff great is not its popularity among other guitarists, but how it makes people, who probably don’t play guitar, feel and react. You shouldn’t feel self-conscious about what other guitarists might think of your riff as they won’t be the ones making it popular; this should also make you think twice about dismissing stuff that you think might be too simplistic; if you’re still doubting this check out number 37 on the list. While we’re on the subject, a top 100 list of guitarists’ favorite riffs would of course be completely different and highly subjective.

As the guitar riff is unique to the guitar, it figures that the keys that are easier to play in on guitar will spawn the most great riffs, and this is certainly true if you look down the list. You’ll find the key of E minor featuring prominently, with other guitar-friendly keys such as G major, A major/minor and D major/minor also heavily used. I’m not ruling out the use of other keys but there’s just something more guitaristic about certain keys.

If you’re more comfortable working from scales to create riffs then you’ll notice from the list that the minor pentatonic scale is by far the most used set of notes for riff creation. The problem here is to get something new-sounding out of the most over-used scale in history—a good way around this is to add one choice note to the scale to mix it up a little.

Take a look at that top twenty and you’ll see some fairly dirty riffery going on, leading me to believe that a great guitar riff appeals to the animal instinct in your audience. If you want some inspiration just listen to ZZ Top for a while.

As rock is a derivative of blues, and most of the great riffs on the list were written in the late 60s and 70s it figures that there’s a heavy blues influence so this might be a good place to start if you need some inspiration.

Following on from the idea of certain keys being more favorable for riff writing, these keys can and should be used in combination with their respective open strings such as our number 1 riff, ‘Whole Lotta Love’.

Now that you’ve got an idea as to what a great riff involves, here are a few tips to get you coming up with your own:

Once you’ve taken a riff as far as you think it can go, get it down on your phone or some other recording device in order to get some ‘objective distance’ from it. If you’ve been working on a riff for hours your opinion of it will become somewhat subjective and distorted. To avoid this, record it and forget about it, or better still, play it to someone else you trust to give a subjective opinion on it, especially someone who’s not a musician.

This method for riff writing is most often used in heavy rock, Metallica being masters of it. It involves repeating a riff three times then on the +1 you either resolve it or play a variation, as in Enter Sandman and many others.

One thing that inspires me to write riffs is the sound I’m using; there are extremes of this such as U2 where the sound is the riff and someone like Jack White or Chuck Berry who have this very raw, stripped down sound to their riffery.

With this in mind go forth and write the next great guitar riff!