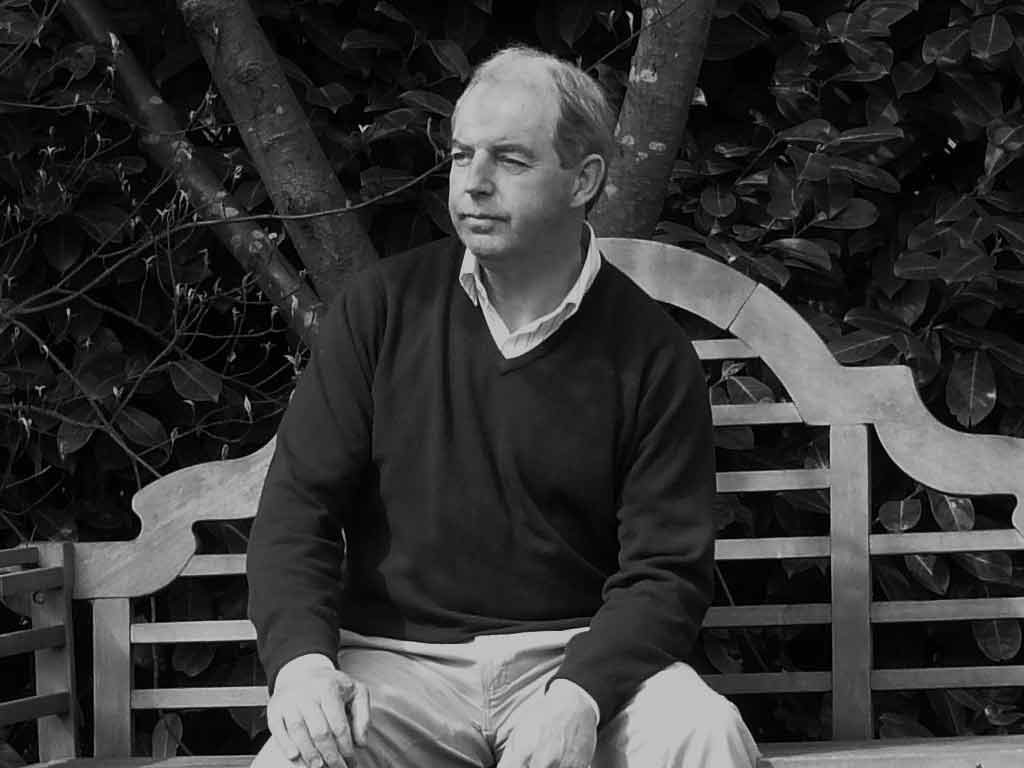 UK Guitarist/Songwriter Phillip Foxley started playing guitar in the 1970s, and has since gone on to do session work, play in house bands, and write music for TV and film soundtracks. His latest project is his very own EP entitled, “I’ll try ‘till I die”, which features an eclectic blend of original songs with healthy doses of both electric blues and acoustic guitar playing.  We talked to Phil about his influences, learning to play guitar, and what we can expect from his latest project.

Matt: What made you first pick up a guitar and want to learn to play?

Well, this was way back in the seventies when listening to tracks from Black Sabbath and a friend had a left-handed acoustic guitar lying around. I would pick the guitar up and play along with the riffs. My first electric guitar was an old (even then) Gibson ‘Batwing’ SG Junior. The funny thing is that I always thought it was a ‘cheap’ learner’s guitar because it only had one (P-90) pickup and a Maestro vibrola, so I eventually sold it for a song. I discovered years later that it was a really rare guitar and probably very expensive to buy now – especially left-hand versions! How I wish I still had it!

Matt: Did you take lessons or are you self-taught?

I’m entirely self-taught.  Not sure that’s a good thing – maybe I’d be a much better guitarist with some formal lessons under my belt, who knows?

Matt: Who are your biggest influences on guitar and what drew you to their playing?

Well, my influences are many and varied, starting in the 70’s with Jimmy Page, Jeff Beck, Tony Iommi, Mick Ronson and Dave Gilmour, moving through the years with Mark Knopfler, SRV, Yngwie  Malmsteen and Joe Satriani … the list goes on. The thing is that there are so many fantastic, influential guitarists both signed and unsigned out there – quite daunting really.

First of all, try to find out if the guitar is really the instrument for you (I realised this when I couldn’t put the damn thing down), then the best advice I ever received was to go to a friendly shop and get some real experience with the different types and makes – not all guitars are the same. I learned early on that guitars are much more suited to different playing styles than I thought. Also, spend as much as you can afford and it will reward you.

Matt: What was something you found difficult to do on guitar and how did you overcome that difficulty?

For me, being self-taught has its benefits but sometimes a more formal approach can be a great advantage, especially with scales. I have a guitar instrumental track called ‘Time’ and one of the descending runs eluded me for a while – this was most frustrating because I could hear the run in my head, yet my fingers just refused to obey. So, I had to sit down and really think about and practice that bit over and over – something I hadn’t done before then. It was okay in the end, but it made me think a bit. Otherwise, I can just about play what I want to so that makes me practice lazy.

Matt: Do you still practice? If so, what do you practice?

I don’t practice a lot really, but when I do its nothing formal like exercises or scales etc. More often it’s running through existing tracks again or trying a new chord sequence, that kind of thing. I love a good fat drum sound so I’ll often jam along to a good pattern and see what comes out.

Matt: For aspiring guitarists who want to make a career out of it, how important do you think it is to master a variety of playing styles and genres? Or do you think it’s more important to find your own style on the instrument?

Well, this is a great question Matt and one I have a lot of trouble answering. In my earlier years, I was really hung up about playing in a certain style and genre, so much so, that I suppressed my natural playing style without realising. I thought that the secret road to fame and fortune was to be instantly recognisable in a fixed genre forever. Later, I realized that many of the top players are actually really versatile, yet their fame comes from the fact that they identifiable by their playing style and technique, not necessarily a specific genre.

So, these days, because my target market is pitching to film and TV opportunities, I just play what I feel and on the plus side, some really ‘different’ stuff comes out. The negative side is that my music has no particular genre boundary, which as a result has been called ‘unfocused or lacking in direction’.

Matt: Your new EP, ‘I’ll try ’till I die’, features a wide variety of styles and tunes, talk us through a couple of your favorite tracks from the album, how they came about, and what inspired you to write them.

Yep, see what I mean about ‘variety of style and tunes’?  Ok, one of my favourite tracks on this album is ‘I Don’t Fit In!’ which is a track written back in 2005. It came about when I went through a period in my life – I can’t explain it – when it felt that I was somehow different to everyone else and just didn’t fit in. All my friends had either moved or drifted away as their lives unfolded and their interests changed. Happily, my view has changed a bit over the years. This one was inspired by David Bowie and I tried to get a similar quirkiness in the vocal delivery.

My second favourite track on the album is ‘I Don’t Want To Go!’ This track started out as an intro to a much heavier song but the story became so long that it became a song in its own right. This one really came to life when Nachum Peterseil added the vocal track. This was inspired by Jim Morrison and the way ‘The Doors’ used background sounds with strong lyrics and understated vocals to deliver the message.

Matt: Apart from releasing your own EP, which playing experiences have been the most satisfying for you as a guitarist? Do you have any other goals you want to achieve?

I know that many would disagree with me on this but for me, the most satisfying playing experiences have been when I moved from being in bands and live gigs etc (with all the challenges that that brings e.g. personalities, artistic differences, finance, gear/venue issues and the logistics of just getting to the gigs in one piece), to setting up my own mini-studio and recording music on the fly. I think I get the best guitar tones now through experimentation and there’s no real pressure – fantastic. In my own simple way, I now help to produce other artists or play on their tracks or whatever for free. In turn they play on mine, so everyone wins. I should have done it years ago.

Matt: What can we look forward to from Phillip Foxley in the near future?

More of the same I think. As I mentioned, I now have a small pool of artist friends (especially vocalists) that helped with “I’ll try ‘till I die”. From everything I’ve learned in making this debut album, I can now work much faster on new material and my artist friends will be a great part of it – they bring the tracks to life in a way I could never imagine, which is exciting to say the least.

Last but not least – thanks to you Matt for your interest in my story and for your time and dedication to the guitarist cause – long may you reign!!

Check out Phil’s EP on ﻿Bandcamp﻿, Soundcloud, ReverbNation and YouTube. 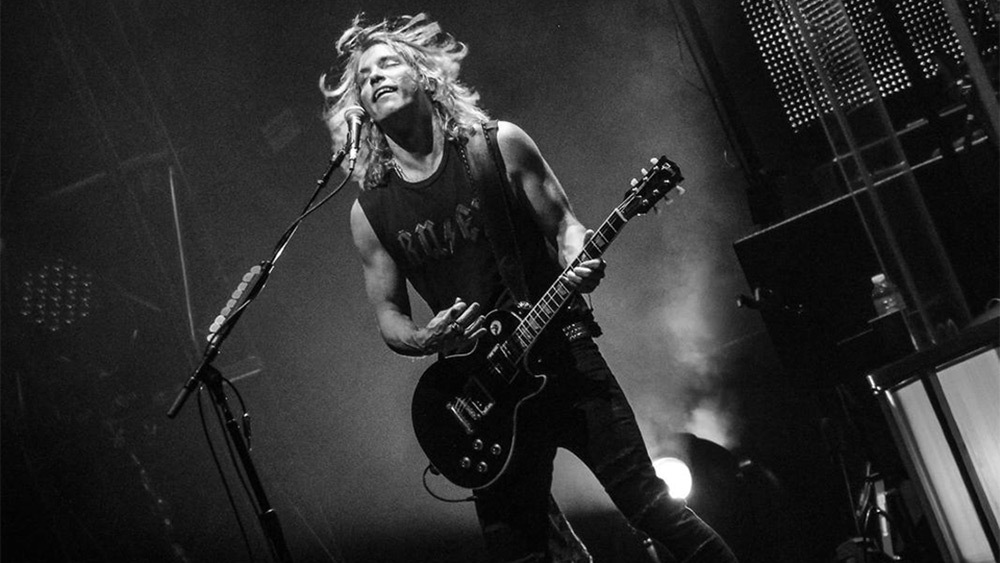 Guitarist Ben Mauro on Learning Guitar, Getting the Big Gigs, and Going Solo