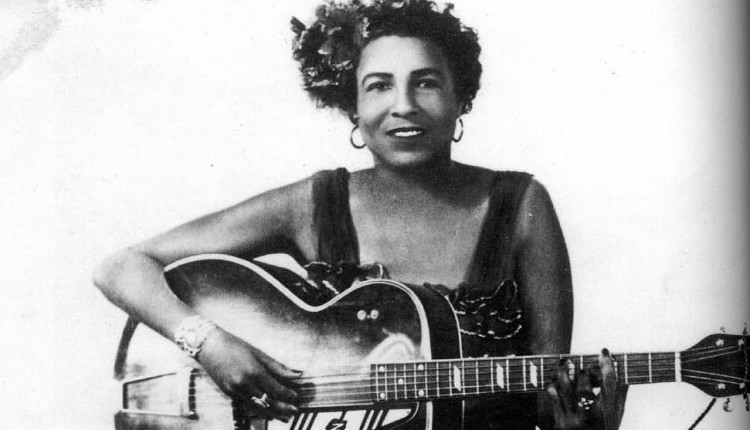 Stereotypes can sure be annoying, and unfortunately female guitarists put up with more than their fair share. If you missed music critic Jessica Hopper’s recent epic Twitter thread detailing misogyny, racism, and other forms of exclusion in the music industry and local scenes, it is a must-read! And unfortunately, I could relate to a lot of the stories I read there.

I started playing guitar when I was 11 years old, with plenty of support from my dad. It was only as I got older that I started to hear rude comments about my gender at the local music store, at my gigs, and in the music scene.

Some were backhanded compliments (“pretty good for a girl”), while others were downright rude. Ultimately, what I and other female guitarists want is to be defined by our music, not our gender.

To shed some light on the kinds of stereotypical thinking behind these comments, I’ve divided them into two main types: stereotypes that question our authenticity, and stereotypes that pigeonhole us as a niche market.

1. Female guitarists are perceived as inauthentic or gimmicky.
Imagine having to fight to be allowed into your own show, then being treated as if you are only on stage as a prop. You came to play music, but you are fighting for basic respect instead.

Women in music constantly endure undermining comments about our authenticity. These comments can range from being referred to as the “eye candy” in the band to being stopped from entering our own gigs by bouncers with a firm, “band members only.”

Why are women viewed this way and how can it change?
In the minds of many, male is the standard gender for musicians. The bouncer who prevents me from loading in at a venue isn’t trying to put me down, but his unconscious biases cause him to treat me unfairly.

In an essay on authenticity and double standards for The Talkhouse, Perfect Pussy’s Meredith Graves put it perfectly:

Women are called upon every day to prove our right to participate in music on the basis of our authenticity — or perceived lack thereof. Our credentials are constantly being checked — you say you like a band you’ve only heard a couple of times? Prepare to answer which guitarist played on a specific record and what year he left the band. But don’t admit you haven’t heard them, either, because they’ll accuse you of only saying you like that genre to look cool. Then they’ll ask you if you’ve ever heard of about five more bands, just to prove that you really know nothing. This happens so often that it feels like dudes meet in secret to work on a regimented series of tests they can use to determine whether or not we deserve to be here. The “fake geek girl” test is one, door guys stopping female musicians carrying gear to make sure they’re actually in the band and not just somebody’s girlfriend is another. Big rock magazines that interview male musicians about gear and female musicians about sexual harassment — that’s up there too. And even if you pass all their tests, you’re probably just a gimmick, there so the guys in your band seem progressive, or because you’re cute, or they couldn’t find anybody else. Worst of all, they might compliment you, and tell you that you’re good — for a girl. Regardless, you’re never considered “real,” you’ll never meet their idea of what a real musician or real music fan should be because the standard is male.

However, these biases can be changed. Next time you encounter a female guitarist, notice the things you assume about her and question yourself. Are your thoughts based on any real evidence or are you relying on stereotypes?

Remind yourself that she is working hard to play music while facing demeaning biases that you will never be subject to. Finally, give her the same basic respect you would give a man.

2. Female guitarists are pigeonholed as “women in music” rather than simply treated as musicians.
What’s wrong with making lists of “women in music” or booking a full bill of female musicians? Why don’t you ask Neko Case?

Case is a 20 year veteran of the music industry who has had a successful career both as a member of the indie super-group The New Pornographers and as a solo artist. She is also the female guitarist who has best expressed the way it feels to have your music lumped in with that of other women as if your gender was its own genre.

She later tweeted, in explanation, “women are NOT a niche market.”

And it’s true, women aren’t a small niche in society; we make up half the world. Just like men, our music is diverse and unique. There’s no one way to be a woman in music.

Why are women viewed this way and how can it change?
This stereotype goes back again to unconscious biases and the assumption that male is the default genre for music. Women are perceived as a deviation from the norm and are thus categorized together.

A great cure for this unfortunate stereotype is to include more female artists in your listening habits. You may have to look outside of radio, as unfortunately news emerged recently that a high-profile radio consultant was advising stations to play fewer songs by women than by men.

Once you open yourself to hearing more female guitarists, you’ll hear incredible diversity in their technique, style, and approach to the instrument.

Just take a quick listen to a few of the best female guitarists of 2015, you’ll be struck by the uniqueness of each. You have the experimental, noisy edge of EMA, the Leonard Cohen-like finger-picking of Angel Olsen, and the irresistible pop of Alvvays, just to name a few.

The more you see and hear women with their guitars, the more normal we become. As it becomes more normal to see a woman with a guitar, these stereotypes will begin to disappear.

And the more perspectives we can include in our listening habits, the richer our musical experiences become.

About the Author
Megan Liscomb is a writer and guitarist in San Diego, CA. In love with playing guitar since 1996, she now alternates between a custom Danelectro and an American Strat. Read more stories by Megan on the TakeLessons Blog.