How to Own the Fretboard When Improvising 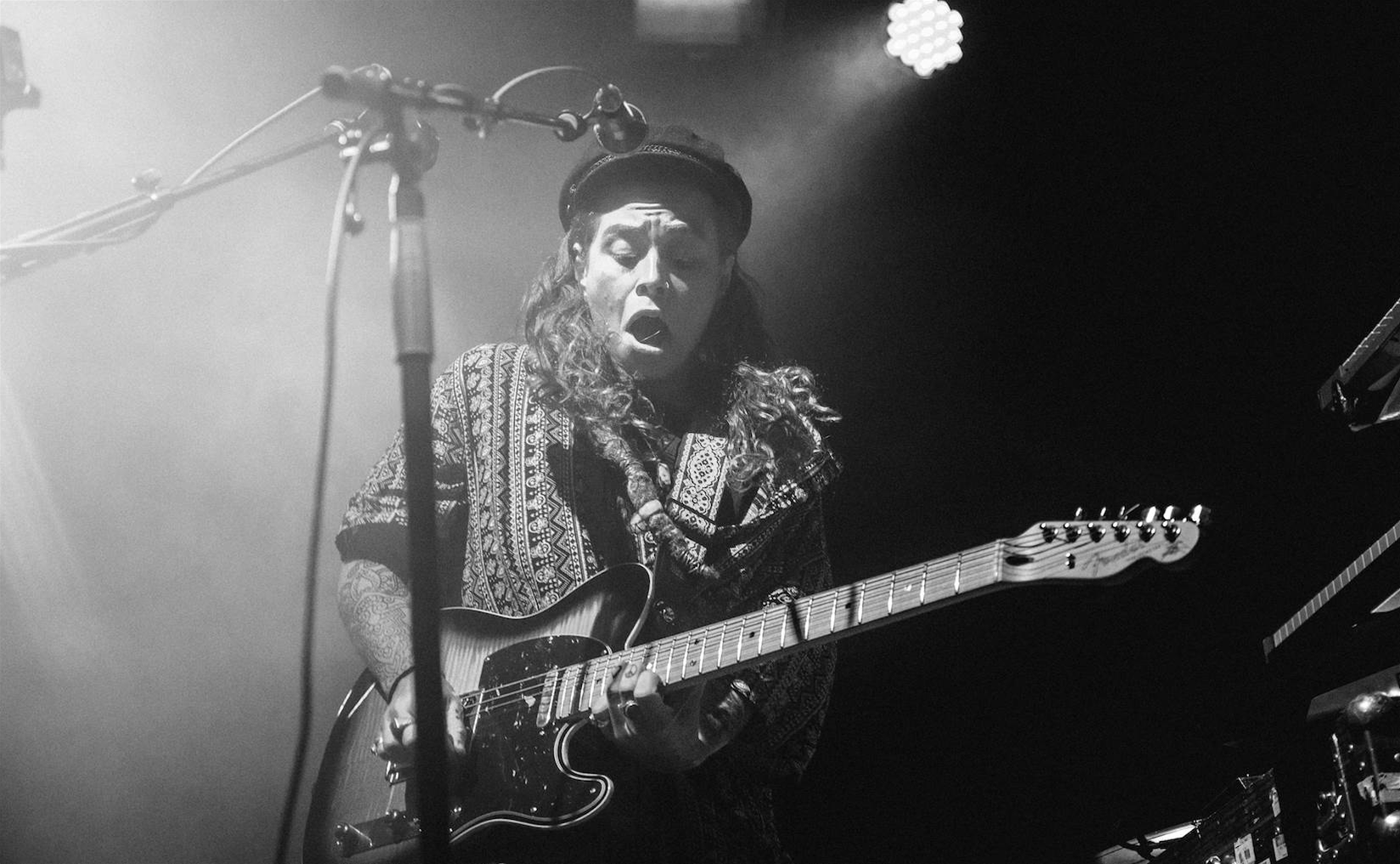 One of the great things about the guitar is the myriad of ways to play the same thing in various places on the neck, with different combinations of strings, as well as in different octaves. Admittedly, this does create a lot more work, but it can be used to great effect to own the entire fretboard when you rip into a solo just by thinking outside the (scale) box. Let’s check it out…

Put the Moves On
When you solo on a piano, there are basically two physical directions: left and right. On a guitar, however, you can move vertically up and down, horizontally left and right, as well as diagonally on the fretboard. The dumbfounding thing is that most guitarists don’t really take advantage of this and spend most of their time playing vertically in boxes when they should be learning to rip in all directions, so let’s see if we can do something about it.

Vertical Movement
This is by far the most common way to move around a guitar yet one of the hardest to master for several reasons:

1) It is harder to play by ear vertically due to the absence of ‘spatial’ distance you see when playing horizontally.

2) Playing vertically creates by far the greatest number of patterns and permutations for any given scale, mode or arpeggio.

3) It is the most technically demanding way to play single notes when you factor in picking techniques and changing from string to string.

Horizontal Movement
Horizontal movement on the guitar means basically playing up and down the fretboard on one or two strings. While you might think this sounds retarded, it’s one of the most beneficial exercises you can do, and remember, we want to be able to move in any direction on the fretboard in order to really own it, so this is an important part of developing the necessary dexterity.

Start by playing the C Major scale up and down the B string:

Notice how the focus shifts from technique and quantity of notes to actually realizing which notes and intervals you’re playing, as well as hearing that ‘spatial’ distance between notes on the fretboard.

Here’s the same scale on the E string:

Once you’ve gotten those two patterns down, try combining them:

You should continue this exercise on the other strings, you can even skip strings when you combine them. What this also gives you is ‘places to go’ when you step outside the vertical patterns.

Diagonal Movement
This kind of movement is by far the least practiced by guitarists in general yet is one of the most beneficial. If you diagonally up the guitar neck, it makes sense to use 4NPS (four-note-per-string) scales as this kind of scale ensures that you cover virtually the entire neck in one fell swoop, while providing a great dexterity exercise for your fretting hand.

Here are a couple of major scales, the first is an F Major scale starting on the lowest available F note on the guitar, and finishing on the A way up at the 17th fret.

This one is a Bb major scale starting on the 5th string and finishing way up at the 15th fret.

If you find these stretches hurt your hands, then by all means start further up the neck and work your way down, or simply slide from the third to the fourth note. If you find them merely uncomfortable, keep playing them and give your hands a chance to adapt.

If you like the idea of 4NPS scales, and want to learn more about them, check out our Introduction to 4NPS Scales, and the article, ‘Shred Guitar Secrets: 3NPS Meets 4NPS’.

Reverse Diagonal Movement
We can also move diagonally but in the opposite direction. Check out this F Major scale starting on the low E string at the 13th fret.

You can of course shift the notes around to suit your hands, as long as you’re descending (physically) from the F at the 13th fret to the one on the 6th fret. This give you the unusual effect of going down the fretboard but up the scale; check yourself out in front of the mirror.

Here’s another F Major scale; this time we’re going from the F at the 8th fret to the one at the 1st fret.

Putting It All Together
What you should find after working with these ideas for a while is that the fretboard opens up and you can see other options and other routes. You will feel more in control because you have a more intrinsic knowledge of the scale on the fretboard, and are no longer trapped in one location. The different techniques required to play these patterns also provide a great workout for your hands and improve dexterity no end.