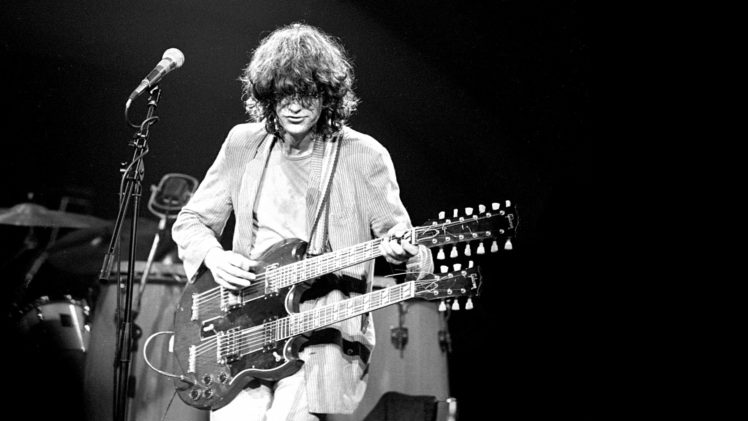 A lot of intermediate guitarists arrive at the point where their soloing either sounds uninspired or relies too heavily on the pentatonic approach and a bunch of tired old licks. Fortunately, most of these problems can be solved, and in this article we’ll look at six of the most common soloing problems, their causes and the all-important task of rectifying them.

Solution: When practicing scales (you already know) try to come up with stuff you might actually play live instead of running the pattern. You could also try playing up and down one string to free yourself from the boxes, as we checked out in this lesson.

Cause: Similar in cause to the above problem; this is also provoked by not actually learning the melody and/or chords of the tune in the first place.

Solution: You’ll find it much easier to play melodically if you have the tune’s melody/chord progression firmly ingrained in your head. To solo melodically you must be aware of the chord tones and outline them as you play through the progression. There are a couple of ways to do this: You can play through the tune using only chord tones and do some serious ear-training as this will make you naturally gravitate toward the chord tones. You can, and should, also learn the tune’s melody note-for-note and embellish it when you step up to solo; the audience will love it, and it makes you sound like you know what you’re doing. Also check out Mike Goodman’s method for creating melodic guitar solos.

Problem 3: I can’t seem to use the modes when I play

Cause: Most problems with modes can be attributed to not realizing you’re using them already. Becoming conscious that you’re using modes is the first step to incorporating them into your playing. Think of the major scale as a channel switching knob with each note being a different channel (mode).

Solution: Take a C Major Scale and try to fool your ear into thinking that any note other than C is the root and you’re well on your way. Also check out the article Understanding Modes on Guitar.

Problem 4:  I can’t seem to incorporate tapping/sweeping into my solos

Cause: The most likely reason for this is trying to force technical tricks into a solo for the sake of it. All technique should have a purpose; if you watch Vai, Satriani et al you’ll see a seamless weaving of techniques to create an effect as oppose to, ‘uh oh… here comes the big tapathon’, and other cringeworthy antics.

Solution: The key here is subtlety; you want to find a way to work your techniques into your soloing naturally. Ask yourself whether the technique is necessary to create an effect or take the solo to another level or whether you’re just forcing it in there for the sake of it.

Problem 5: All my phrasing sounds the same

Cause: The most likely cause of samey phrasing is not listening to a variety of music and soloing styles as well as not practicing phrasing.

Solution: Expand your music collection and pay attention to how different players phrase things when soloing. When practicing phrasing, reduce your options to one octave and see how much mileage you can get out of just those 8 notes; you’ll be surprised. It is much easier to come up with phrases within one octave patterns. If you start with two or three octave patterns you’re upping the difficulty level as the more ground you cover, the harder it is to phrase. Be sure to check out players like Robben Ford or John Scofield for a lesson or two in phrasing, as we did here.

Problem 6: I can’t keep up with the changes

Cause: If you’re thinking in terms of scales in order to play over fast changes then the scales you use must already be second nature to you. If not, you’ll have a hard time keeping up.

Solution: Learn the melody of the tune and improvise off of that or grab a few chord tones from each chord that passes; when you get comfortable with this you can throw in a few passing tones. Try to stay in one area of the fretboard at first to avoid big leaps. You could also try the key center approach if you have a good ear by basing your solo on the key centers of the song and trying to come up with ‘in key’ phrases.

If you’re just starting out playing over changes then check out the following two articles:

-4 Approaches to Jazz Guitar Improvisation
-How to Play Over Changes: Lick Mining