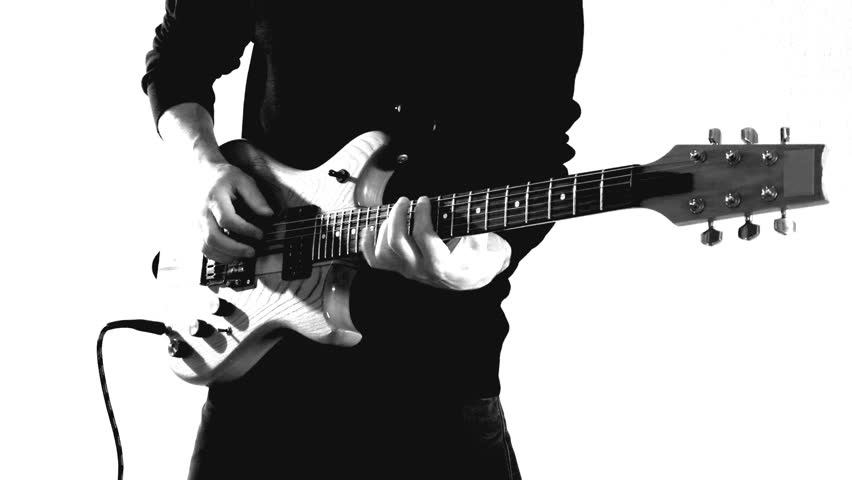 The difference between being good at guitar and being great at guitar is a chasm that seems impassable to most. There’s no way around it, you have to put the time and effort in to get there but the critical issue here is how exactly you spend that time and effort. Not everyone wants to be a guitar virtuoso but what I’d like to share with you in this lesson applies to whatever your goal is for your guitar playing, and might just be the best practice advice you get today.

The philosophy is very simple and very effective:

Practice what is practical.

This means that your practice time should be spent practicing the things you’re actually going to use in the situations you find yourself in when you play music. The concept is mind-blowingly simple, but you’d be surprised at how few guitar players actually apply it, me included. I would practice all sorts of out-there scales and melodic and harmonic minor scale modes because in my mind I was a jazz fusion guitarist. The problem was that I wasn’t in a jazz fusion group (at that point) and had no practical use for the stuff I was practicing. Quite the opposite in fact; I was playing blues and rock covers that called for plenty of improvisation, just not of the jazz fusion variety, and if you’re trying to force it in there the results are usually fairly cringeworthy.

I often joke that the CAGED system refers to the only five keys guitarists play in, and if you’ve ever played in a rock covers band, you’ll know that this isn’t that far from the truth. On a whole other level this can be applied to session work. I was lucky enough to have a semester with Guthrie Govan as my instructor back at the ACM in the early 2000s. I remember in one class we were asking him about session work and he said something along the lines of, ‘I’ll get a call for a [pop] session and I’ve done quite a few of them so I know I’ll be asked to come up with a rhythm part or a solo in one of about 5 keys for a fairly predictable chord progression, so I’ll practice those kinds of things’. This is interesting because it’s basically the same concept – he knows exactly what he needs to practice to get the job done but note that these are basic things, which brings me to my next point…

Practice the Basics
If you have any gaping holes in your playing, chances are you haven’t practiced the basics enough. As guitarists, we tend to want to master flashy sounding concepts like modes and all manner of technically advanced playing BEFORE mastering the basics. If you go back to the Guthrie example, he needs to dominate basic concepts such as knowing the chords in a key, basic scales and rhythm guitar. You’d be surprised at the sheer number of guitarists that can do all kinds of sweep-picking and other technically complex stuff but can’t come up with a decent rhythm part, over-complicate basic scales and don’t know which chords are in which keys.

It’s Not Fusion
Once I realized that I wasn’t playing in a jazz fusion band, I was able to modify my practice routine to reflect what I was actually doing when playing live. However rudimentary it seemed, I knew I needed to go back and practice straight-up pentatonic scales and work on strengthening my rhythm parts as it was a 3-piece, and as soon as I started doing this, the whole band sounded better.

Takeaways
Here’s what I learned from focusing my practice time on stuff that was practical and useful in a live situation.

-Leveraging/practicing the basics, no matter how good you think you are, will make you noticeably better in the shortest amount of time.

-When you play live, and especially when you improvise, a lot of the time you’re going to fall back on the things that are second nature to you, so why not practice those?

-Don’t be afraid to practice basic things to death, there’s always more mileage to be gotten out of them.

-It boosted my confidence when improvising because I felt as though I had ideas to spare.

How to Implement This
The best way to implement this is to analyze exactly what you need to know in the musical situations you regularly find yourself in and practice those. For anything that you practice right now, ask yourself if you’re actually going to use it, or how useful it is, or where exactly you can apply it to your playing.