Is Music College Right For You? 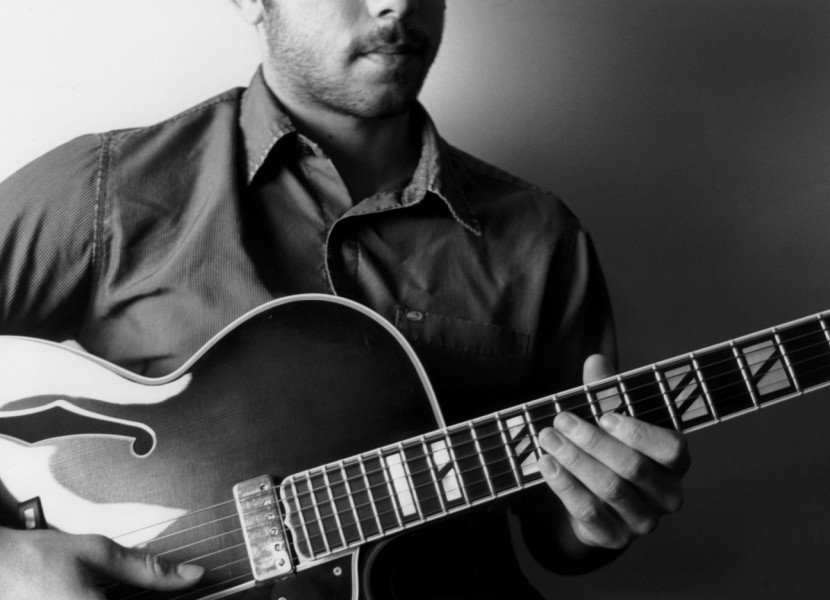 Around 2002 I wanted to get serious about playing guitar, so I decided to go to Music College. I chose the ACM in Guildford, England, which had only been open a few years but was really making waves in the music education industry. The facilities were fantastic with state-of-the-art equipment and an impressive faculty of instructors which at the time included: Guthrie Govan, Dave Kilminster, Pete Friesen (Alice Cooper’s Guitarist), Jamie Humphries, the late great Eric Roche, Pete Callard and Mike Goodman to name a few. Glancing at the website today I see that only Pete Friesen and Mike Goodman remain from when I was there, but both are fantastic teachers.

So here’s my take on Music College which will hopefully aid you in deciding whether it’s the right move for you.

Prepare to get humbled
It’s best to leave your ego at the door when entering Music College as you’re going to meet, be exposed to and most importantly be taught by some fantastic players. I remember a lot of guys getting their egos bruised by this because they went in with the attitude that they already knew it all or they went to the other extreme and it made them feel like giving up before they’d even started. Although you’ll inevitably feel somewhat threatened or humbled, the fantastic learning opportunity should outweigh any feelings of inadequacy you may have.

Align with your goals
Once your ego’s out of the way it’s critical that you have clear why you want to go Music College; in short, what do you want to become? You can instantly tell the difference between someone who has a goal and someone who doesn’t. Those that don’t kind of drift aimlessly through the courses not really taking advantage any opportunities that come their way. Those that have a goal will know which subjects they need to focus on, what they need to learn to get where they want to be and most importantly, will begin networking from day one. For example if your goal is to make a living from music by becoming a session player or gigging musician then you need to focus on reading, session styles, theory and live performance whereas if your goal is to become an artist then you need to pay attention in business class and hone your performance skills etc.

Wisdom on tap
Your instructors are a wealth of tips, tricks and advice on pretty much anything to do with music and the industry. Don’t be afraid to pick their brains every time you have a question, they’ll be happy you asked, and more importantly you could save yourself years of going around in circles. Bear in mind also that great guitar players don’t necessarily make great teachers when other people’s material is thrust upon them. Get them talking about their own experiences or how they learned stuff and the wisdom will literally flow out.

Hanging out with guitarists
Is it me or are most guitarists kind of… annoying? It’s good to know what you’re letting yourself in for as spending 8 hours a day and then some with a bunch of guitarists can be a little trying on your patience. If your college is particularly saturated with guitar players you’ll soon be cringing it up on a daily basis. Be careful not to fall into the trap of endlessly comparing yourself to your classmates, everyone has different strengths and if at all possible you’ll want to develop your own unique style instead of worrying about keeping up with them. Moreover, use it as an opportunity to work on your nerves or stage fright as there’s truly nothing more nerve-wracking than playing in front of a bunch of guitarists. If you can survive that, you can survive anything, and if all else fails, hang out with the bass players.

Look the part
If your goal is to get paying gigs then you’ll want to look the part. This means losing the locks, shaving once in a while and generally looking presentable every day. Remember, Music Colleges are a great resource of fresh talent or potential band members for anyone who happens to be scouting and looking like Kurt Cobain’s long-lost cousin won’t cut it if a career in music is what you’re after. The guys and gals that get the gigs have three basic things in common:

The last point refers to contributing to a song or piece of music with something relevant and complementary that really takes it somewhere or heightens its appeal. This is nearly impossible to do if your ego is craving a Spinal Tap moment.

Get into a band or two
Get into a band as soon as you can, preferably a three-piece. Why? It’ll force you to cover both rhythm and lead aspects as well as having the responsibility of being the only guitarist. When choosing band mates go for people you like over great players with personality disorders. Ask yourself if you could tolerate them as roommates, if the answer’s yes it’ll be far more productive and you’re more likely to grow as a band.

Get business savvy
Music College will definitely improve your playing, there’s no doubt about that. Even if you can’t take it all in at once, the fact that you’re spending 8 hours a day and then some learning about your instrument will do wonders for your playing. The downside is that you spend relatively little time learning about the industry and the all-important subject of how to actually make a living from music. The Music College bubble is far from the reality of life as a musician. I would strongly advise you see your studies as a complement to your search for work right from day one. Go try out at auditions, even if you don’t think you’ll make it you never know who you might meet.

Do you like teaching?
It’s no secret that most music graduates end up being music teachers, mainly because it’s one of the few related careers and it’s fairly easy to get into. If you’re not passionate about teaching, it’s probably not wise to get into it as you’ll be doing neither yourself nor your students any favors. Based on the fact that studying music is not absolutely essential to having a career in music, you could study something like marketing which will give you the business tools to make a living from music, should you still wish to pursue it as a career.

The right age for Music College
I’m going to go out on a limb here and say that your early twenties are probably not the best age to go study music, for various reasons:

I think the right age (if there is such a thing) to go is when you’re in your late twenties, even early thirties. Why?

The acid test
If you’re still unsure as to whether to go to Music College or not, take the acid test:

Decide what your goal is in music, what you want to achieve or where you want to be and see if Music College fits into that scheme or is an essential part of getting there. Be honest with yourself and if it’s not essential don’t worry; not going to Music College certainly won’t stop you from fulfilling your dreams.