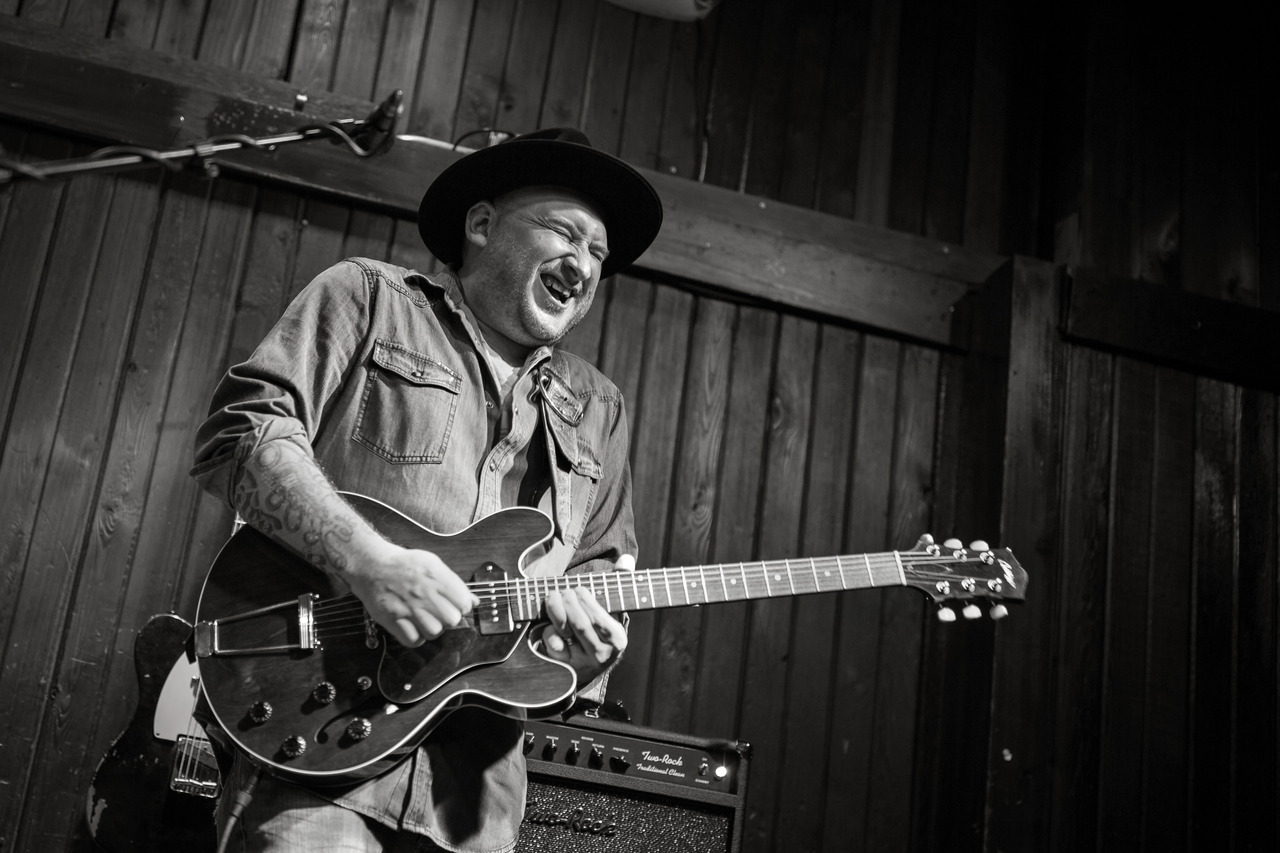 You’ve probably seen a ton of stuff on the internet, and particularly on YouTube, about ‘breaking out of the box’, which basically means you’re stuck in a scale pattern and want to somehow break free of it to play more interesting stuff. The internet suggests a variety of remedies for saving you from boring yourself to death with the same five licks, which include: playing in different directions (kind of works), learning some new scales (more boxes?), singing what you play (I know you can’t be bothered to do that), listening to X virtuoso (that’ll be depressing), or learning some kind of theory (you probably can’t be bothered to do that either).

But who said you have to break out of the box in the first place? I call bullshit.

I say stay in the box.

I realized early on that if I couldn’t make music in the box, trying to make music with the same 5 notes somewhere else on the neck wasn’t going to cut it. There might be a brief honeymoon period as you get acquainted with a different part of the neck, but you inevitably fall into the same traps.

If you’ve decided to stay in the box, the thing you have to do is make it rhythmically and melodically interesting for yourself as much as for whoever’s listening.

Check out the amazing Josh Smith below giving a masterclass in staying in the box while making it rhythmically and melodically interesting for everyone concerned.

He’s in and around that Bm pentatonic box for a full 3 minutes, an eternity when you’re improvising, but it’s mesmerizing to watch.

What’s he doing?
He’s basically using the classic pentatonic box (here in B) as his homebase while he brings in chromatic passing tones, blues licks, a little jazz, and a lot of country inspired stuff especially with the open B string. Add to this his insatiable groove and rhythmic awareness and you never need to leave the box.

My point is there’s so much you can do in the box with a handful of notes, and that your practice time would be better employed milking the box for all it’s worth as Josh does here than spending hours trying to break out of it.