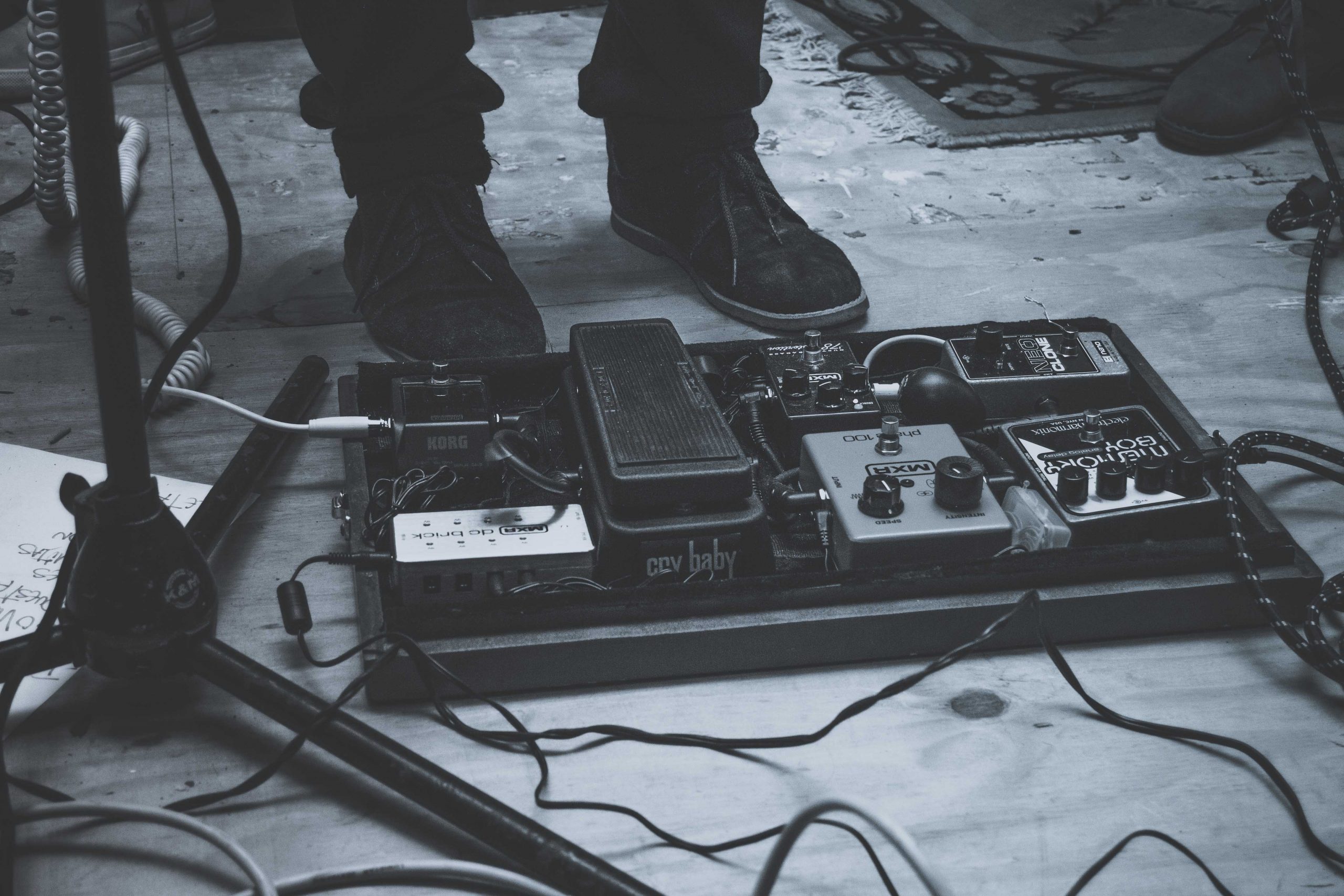 A very frequently asked question – and much debated one too – is what order to sequence effects pedals on a pedalboard. Which one should come first? Or last? Should pedal X come before pedal Y? Or vice versa? Why does it matter? Does it, in fact, matter at all?

Below, we answer these questions for you, but there are a few quick points to make first:

This is not absolute, universally-agreed fact. Whether through disagreeing, or through knowing the ‘rule’ and deliberately breaking it to achieve a certain sound, there are guitarists who do things another way, and not as outlined below.

There’s ultimately no substitute for sitting down and experimenting with your chain of pedals, beginning with two and asking – does it make a difference, sonically, which order these pedals go in? Then add a third, a fourth, and beyond. Don’t forget to use your ears!

This, then, is simply a solid overview of how to sequence your pedals, on which you can rely. If you want to experiment, fine. But here is your starting point, the generally perceived and accepted wisdom on how to do this for a good result.

It’s about establishing the essential, altered (i.e. Wah wah applied) sound you want, before sending it through distortion and other effects.

There are notable guitarists who are exceptions to this rule, such as Tom Morello. And as always, you should experiment and listen carefully to find your own preference. But as a general rule – wah wah first!

Next in line is the compression pedal. For a semi-similar reason.

A side-effect of compression is a resulting volume change. Whether this is a volume increase, decrease, or a very little change, depends on how and to what extent you use your compressor.

However, it’s important that this volume change takes hold of your essential signal, and is not sitting at the end of your chain like a loose cannon, ready to interact with any other small volume changes occurring from other pedals, acting like a multiplying agent and resulting in a pedalboard on which the output volume fluctuates depending on which pedals are on/off.

Make sure your compressor comes as early in your chain as possible. And if it’s not as early as you’d like it, test it with each other pedal in turn to ensure you don’t have unwanted spikes or drops in volume.

Next up – distortions and overdrives. These pedals typically come after the initial wah wah / compressor, but before modulation, delay and reverb.

The reason this one is called the gain group is because it’s not uncommon for a guitarist to have both distortion and overdrive, and often more than one of each to achieve different tones.

If you do use multiple gain units, make sure the higher gain ones come before the lower gain ones.

Modulation effects are next in line. Phaser, chorus and tremolo are a few of many examples of modulation effects. Others include: flanger, pitch-shifter, synth pedals and ring modulators.

The importance of these coming after your compression, distortion etc. is about ensuring it’s your entire sound that is being modulated.

If you’re playing with both distortion and phaser, for example, it’s neater, cleaner and more sensible to put a distorted guitar sound through a phaser, than it is to have a clean guitar sound going through a phaser and then meeting distortion.  That way adds unnecessary links and processes to the chain, and results in the excess noise of the phaser’s whirling cycles with high gain sitting on top.

The lesson here is to think about what each pedal adds to the equation, then think about how that is most neatly and cleanly expressed.

As for which order to arrange multiple different modulation pedals in, that’s something you need to test. Try out various orders and see if this creates any audible differences, and if so, which way round you prefer it.

Last up, delay and reverb. These come at the end of the chain in essence because they’re effects that you apply to your entire sound.

Adding reverb to a distorted guitar sound is preferable to feeding a reverb-ed guitar sound through high gain. All that will create is noisy interplay between the ‘echo’ and the distortion. If you’re seeking experimental tones, you may do this deliberately, but otherwise, don’t get smart – stick the delay and reverb at the end!

Both are effects that simulate ambience, space, echo, and so on. Placing them at the end of the chain means they are enabled to serve this purpose rather than being fed into other effects that may (quite literally) distort their purpose!

One final note – if you use a looper pedal, make sure this goes at the very end, so that anything played into it is done so using whichever effects are needed.

Alex Bruce is a writer for Guitartricks.com and 30Daysinger.com

2 thoughts on “Pedalboards: How to Sequence Your Effects”