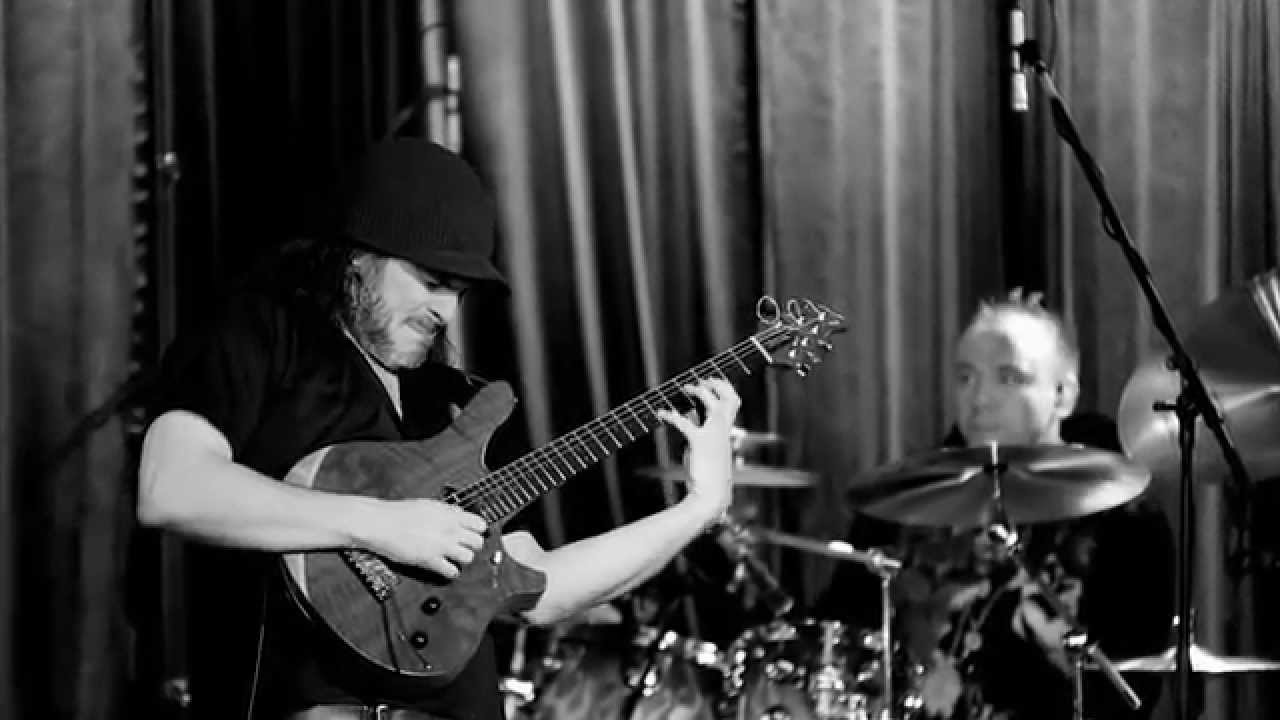 I would say fourths tuning, P4 (perfect fourths) tuning or all fourths tuning, has become much more popular than it was 4 or so years ago when I started seriously considering it as an alternative to standard tuning. The major third gap between the G and B string on a guitar in standard tuning had always annoyed me; it warps everything, and due to its lack of symmetry, spawns 80% more permutations for chords, arpeggios, scales than you actually need to learn… If you see the guitar from the perspective of 4ths tuning that is.

Tuning Up (or Down)
There are a couple of ways you can tune to fourths. The first is simply to tune your B string up to C and then your E string up to F. If you (or your guitar) don’t like the added tension, you can always tune the bottom four strings down a semi-tone to Eb, Ab, Db and Gb respectively. The advantage of tuning up is that all your standard tuning thinking on the first four strings remains perfectly intact, but there’s that added tension on the neck which you’ll need to be careful with if you’re into two-step bends. If you tune down you’ve got that fatness that tuning down a semi-tone gives to your tone, plus there’s no added tension on the neck. The only issue is that the bottom four strings are now off by a fret if everyone else is playing at concert pitch. I have to admit I prefer the feel and tone of tuning down, but it’s not workable when playing with others; you could always slap a capo on the first fret but that’s probably going too far…

The Rub
By tuning your guitar to fourths you dramatically reduce the amount of material there is to learn by around two thirds as a chord, arpeggio or scale shape does not change when you move it across string sets. I love this symmetry, and the strangely relieving feeling of logic and organization it creates; the B string bump in the road is smoothed out, and your movement around the fretboard accelerates. This is the overwhelming advantage of fourths tuning; suddenly you have much freer access to shapes and patterns across the entire fretboard. It can be overwhelming at first and you’ll still have to fight with your fingers a little, though I think this is more a case of getting used to the fact that your fingers are no longer fighting with the fretboard!

Goodbye Jangle Rock – Fourths tuning completely distorts all those open chords, and barre chords for that matter, which means the entire REM back catalog (and many other band’s) is now off limits. There are open chords in fourths tuning, just different ones. They sound amazing and have a certain lushness to them that standard tuning ones don’t.

Goodbye Barre Chords – Well, full barre chords anyway. You can play the top (low to high) four notes of a barre chord and move it around the fourths fretboard to your heart’s content, but those full six-string barre chords are out the window unless you’re a contortionist.

Goodbye Gilmour-esque String Bending – This really depends on the guitar and string gauge, but you’re less likely to get away with a two-tone bend on the high E string in fourths tuning. The answer to this would be to tune the other four strings down if this is a major part of your playing you’re not willing to give up.

Goodbye Covers Band – There are many exceptions but fourths tuning is highly impractical when it comes to playing covers of the rock the variety, simply because the majority of those tunes were written on a guitar in standard tuning, and born out of the very nature of that tuning. You could of course rework virtually any cover for fourths tuning, and this is great fun, but if the gig is at the weekend you’ll probably want to stick to standard for the time being.

The Pros
As I mentioned, the huge reduction in stuff to learn is a big advantage of fourths tuning. The consistency is another thing that your brain (and ear) will eventually love because the sound always matches the shape. Your improvisation skills will advance rapidly as it’s no longer a chore to learn scale patterns as long as you don’t apply standard tuning ‘logic’ here. I see little point in learning two or three octave patterns as in standard tuning as what you know in one octave is playable anywhere else on the fretboard.

Losing the Guitar-ness
It’s undeniable that the B-string bump is part of the guitar’s nuance, and is what gives it that distinct sound. When you remove that bump you’re left with another instrument entirely, and one that requires you to think differently. It’s still a guitar but it takes on this ‘musical tool’ characteristic which, to me, makes it instantly more versatile. In a sense it loses its guitar-ness but acquires something very interesting and well-worth exploring.

Who Uses Fourths Tuning Anyway?
Jazzer Stanley Jordan has always used fourths tuning, apparently he thought the guitar was supposed to be tuned that way early on and just stuck with it. Tom Quayle, Alex Hutchings, and Ant Law are three other great exponents of the tuning.

Committing to Fourths
If you’re curious about fourths tuning, don’t try it for a week, don’t even try it for just a month. Give it at least six months before you make your decision as it takes time for the brain and fingers to adjust and create new habits. Take time to see the logic of fourths tuning, and don’t try to adapt standard tuning to it as you’ll end up frustrated. Think more in intervals as oppose to patterns and the consistent interval locations are what makes fourths tuning very usable.

Material for Fourths Tuning
If you’re looking to make the shift from standard to fourths tuning a permanent one, or at least try it for an extended period of time, we have the following in-depth resources now available in eBook and paperback formats:

Or you can get all three books for the price of two in PDF format here. 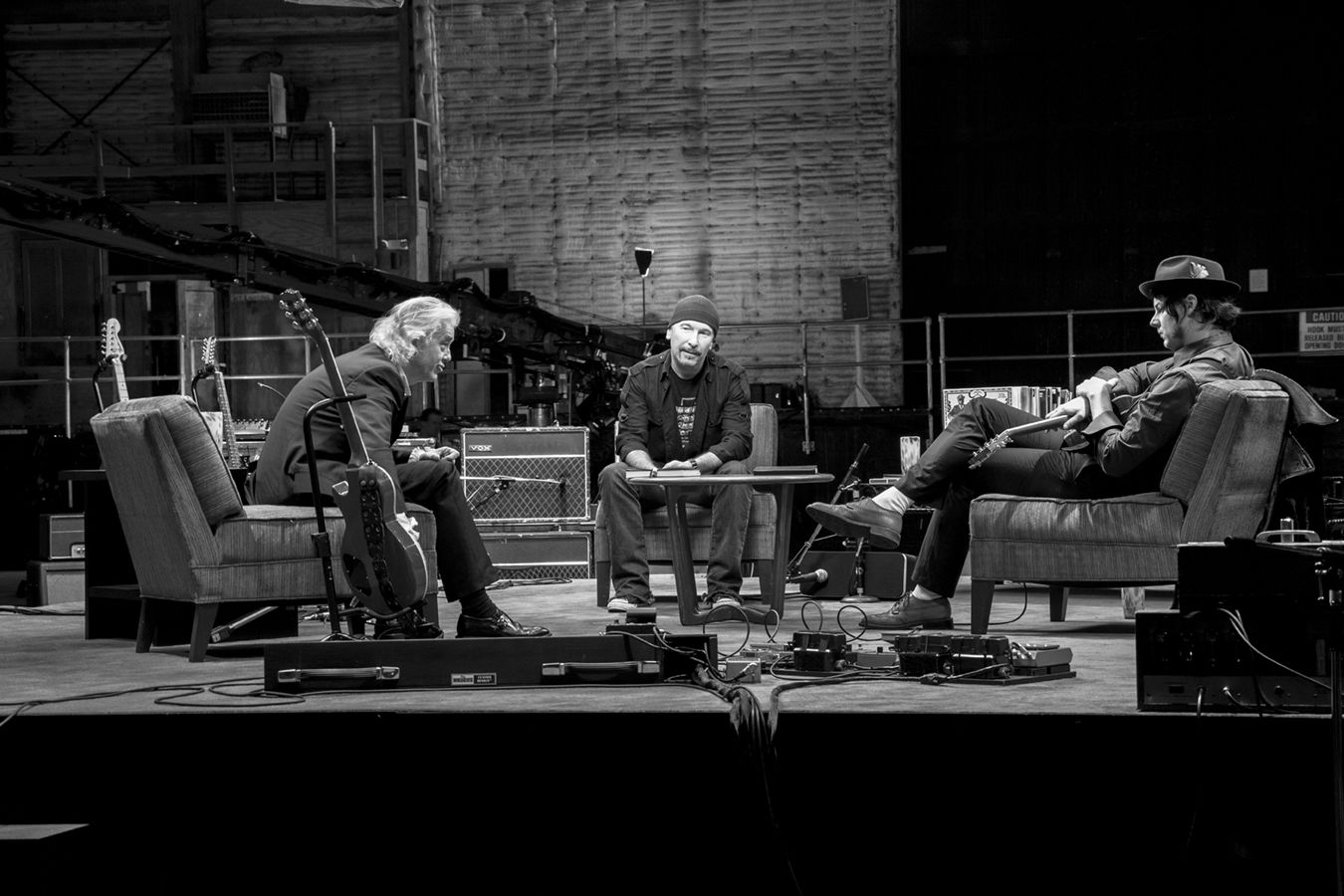 5 Altered Tunings You Should Definitely Check Out

1 thought on “Introduction to All Fourths Tuning”