How to Learn the Notes on the Neck in 12 Days 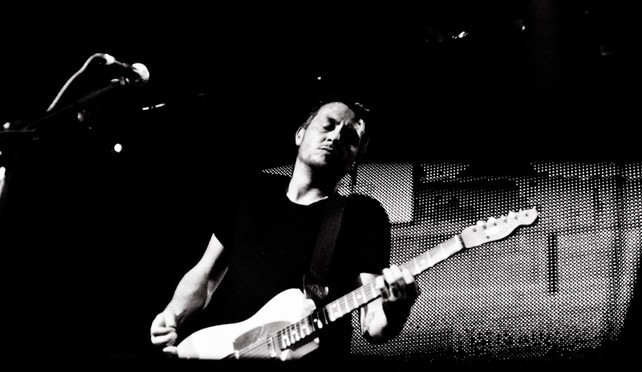 I know it sounds like a gimmicky, clickbait title but if you’ve got 12 days to spare, I’ve come up with a way to learn the notes on the neck which is virtually painless and involves a simple addition to your practice routine. Let’s face it, most methods for learning the notes on the neck are either shoot-me-now tedious or based on some sales spiel and the promise of guitar glory. While learning the notes on the neck won’t make you a guitar god overnight, it’s certainly something you owe it to yourself to do. Bear in mind that it’s part of a bigger picture and really comes into its own when you combine it with sight-reading, or applying music theory to the guitar fretboard, and no, you won’t lose your feel…

The Power of Threes
Triads are the foundation of the chords in every key, and are also the building blocks for arpeggios. If we look how all the possible Major Triads (Root, third, fifth) are spelled out, we get the following:

So what does this have to do with learning the notes on the neck? In the above triad spellings, you’ll find all 12 notes repeated 3 times, and even all the enharmonic equivalents such as C#/Db, D#/Eb, F#/Gb etc. In other words, we have a pattern that contains all the information we want to learn in an easy-to-digest format such as triads! I’ve also ordered the triads in the circle of fifths which means there’s spaced repetition for each note—another aide memoire.

Download the PDF file below which tells you exactly what to learn on each of the 12 days. Bear in mind that it gets gradually easier as the notes start to repeat, and from Day 8 onward there are actually no new notes to learn. Enjoy!

Notes on the Neck GuideDownload

Published in Notes On The Neck